Computer Networking, IT Infrastructure and Your IT Career: You’ve Got to Start Somewhere

Friday, November 16, 2018 | By James Stanger
It's important to create a solid foundation in networking before moving on to other things. 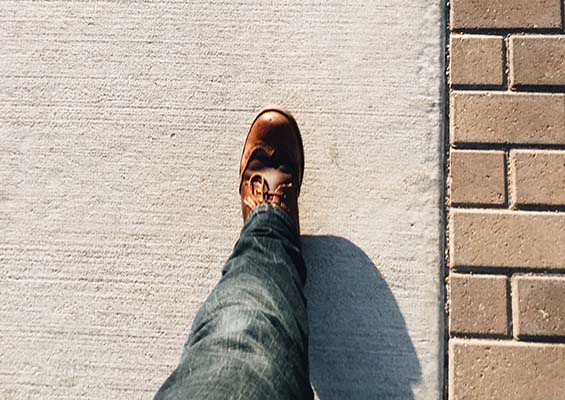 As a graduate student in 1992, I got a part-time job at the University of California (UC) Riverside working on the internet. Specifically, I worked for a guy named Dr. Henry Snyder of the Center for Bibliographical Studies and Research (CBSR), where I helped build (in a very small way) an online database called the English Short-Title Catalogue (ESTC). You could say that Dr. Snyder helped Google-ize all of the titles of books published in the United Kingdom and Europe between 1473 (the beginning of the hand-press period) and 1800 (more or less the end of the hand-press period).

Yeah, I know that sounds a bit early for someone to say that they had worked on the internet and databases back in 1992. But that really happened. Most folks didn’t start using the internet until the mid-nineties, right? But I got lucky: Dr. Snyder decided I was worth employing and started me on a longer journey than I ever thought possible. He ended up teaching me about more than 17th- and 18th-century history. He and his employees taught me how databases and the Internet worked. All of the underlying protocols. And, they taught me how to get creative, and how that creativity can end up benefiting people around the world.

For Dr. Snyder’s patient work helping me learn the internet and British history, Queen Elizabeth the II gave him an O.B.E of the Most Excellent Order of the British Empire for services worldwide. No joke. Can you believe that? Just kidding – Henry received the O.B.E because of his pioneering work in digitizing historical resources for the United Kingdom. His noble work with yours truly was, at best, a (relatively) minor consideration.

From PCs to Computer Networking

I remember him trying to teach me the concept of databases, networks and how computers worked. I was already pretty savvy about how a PC worked. In fact, I would fix Dr. Snyder’s computer now and again. He had a really, really temperamental old CD tower drive. It was a huge thing – about the size of the monolith in 2001: A Space Odyssey. I remember diagnosing its problems and discovering that it had a loose connection on the back that was too expensive to fix. So, what did I do? I put a sticky note on the top of the thing that said, “Never touch this drive.” It was a fix that worked for years.

But I was worthless when it came to understanding networking and its foundations. In fact, I was pretty dismissive about the whole internet thing. After all, what’s the point of having computers communicate with each other? Isn’t that what phones are for?

When I asked him why this internet thing was a big deal, I remember how Henry decided to get all “Foundations of the Internet” on me. He trotted out a bunch of old books from the 15th, 16th and 17th centuries to get started.

I still remember the sound of the cracking of the bindings, and the smell of the old leather covers. He used these antiquarian books to show how one computer communicates with another. I remember him saying, “You know, back in the day, these books were cutting-edge technology. Now look where we are!”

He then got out some pieces of twine to connect the books together and explain the protocols used. It was really amazing to see him describe his vision of how books in libraries around the world would one day be cross-indexed and searchable, allowing people to learn more about history than ever before.

He realized I didn’t quite understand how computers talked to each other. So, he and some of his co-workers explained how they have to translate their unique MAC addresses with logical IP addresses.

He did so by explaining how the British Library has a physical address as well as a well-known name. He said that as humans, we can resolve these two things together, and computers, he said, have to do the same thing. He was very clever at analogies. I remember thinking about his analogies as I viewed files uploading across the internet at the incredibly fast pace of 36.4 Kbps. Ah, how infrastructure and networking has progressed these days!

Throughout all these mini-lessons and mini bootcamps, Dr. Snyder and his co-workers inspired me. First, he taught me protocols such as Gopher, and Kermit, and eventually Transmission Control Protocol/Internet Protocol (TCP/IP), and this “new thing called the web.” He also inspired me to want to teach this stuff.

Whenever I find time, I try to do the same thing to help other folks learn about technology. The problem is, my analogies are never as good as his. Thankfully I was able to take my foundational knowledge of networking and push it to the next level.

Networking as a Foundation for Cybersecurity

A few years after I worked for Dr. Snyder, I decided to pursue networking and the internet as a career. I took the CompTIA A+ exam and the then-relatively new CompTIA Network+ exam.

I remember when I passed them – it felt so good. As I studied about networking, I thought how I now fully understood how Henry’s databases really worked and how that little office in the basement of Rivera Library at UC Riverside was able to communicate with the British Library and other sites worldwide.

These days, I’m on a few advisory councils, including for Southern California’s Cerritos College, Utah’s Snow College and American Public University Systems (APUS), and even a couple of learning institutions in the United Kingdom. In fact, I was able to visit the British Museum and the British Library a few weeks ago after giving a lecture to students in the Cyber Ready program.

I can’t tell you how cool it was to talk about how they need to focus on essential infrastructure and endpoint concepts before they stampede into cybersecurity. I even discussed how when ransomware “beacons,” it’s messing around with Address Resolution Protocol (ARP) packets. And, if you don’t know ARP, then you have a serious hole in your knowledge. You’ve got to start with the basics, right?

One topic I’ve seen repeated in these advisory councils is the importance of providing students a detailed, authoritative pathway that teaches how to support today’s (post)modern networking environments.

As I participate in these councils and travel worldwide to talk about the internet, the CompTIA Infrastructure Career Pathway and cybersecurity, I sometimes think about how I’m going further down the path that Dr. Snyder showed me. I think about how endpoints have changed so radically from those old PCs and wired connections to internet of things (IoT) devices connecting (soon) via 5G networks.

I’ve been able to recommend approaches such as the CompTIA IT Fundamentals+ (ITF+) education program, for example, which has morphed and modernized big time. Similar to Steve Harper, I sure wish it had been available when I was first starting out – I love how it covers networking protocols, but also databases, endpoints and even a bit of programming/scripting.

Educators and network professionals worldwide have been talking about the latest advances in endpoints, switching, routing and IP for decades now. But it’s always surprising – and immensely pleasing – to see how today’s networking professionals have gone beyond the “Let’s go with Cisco,” or “Let’s teach AWS now” types of discussions.

Instead, the conversations focus on very different questions:

It’s been gratifying – and a little spooky– to see how these discussions match those that CompTIA subject matter experts (SMEs) have been having as they update the CompTIA ITF+, A+ and Network+ exams. It’s really cool to see people catch the vision of networking – it’s like they’ve continued down the road that Dr. Snyder set me on all those years ago.

One thing I’ve noticed in these discussions is the importance of creating a solid foundation in networking before moving on to other things. I think that’s vital; too often, I’ve had conversations with IT pros who have incredibly deep knowledge in certain areas – such as databases – but still don’t quite understand IP addressing, how the Domain Name System (DNS) works, and even how endpoints use ARP.

Enjoy, and all the best as you continue your IT networking journey!

Register today for the November Office Hours with James.

Email us at [email protected]rg for inquiries related to contributed articles, link building and other web content needs.