How do Windows, Linux, and macOS compare?

Monday, November 29, 2021 | By Damon M. Garn
Know some of the common traits of Windows, Linux, and macOS to select the next operating system for you to learn. 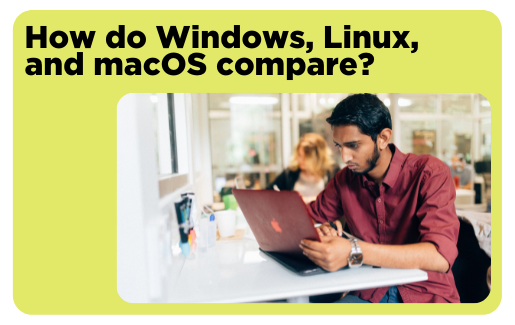 This article is for those who want to learn:

After all, an operating system (OS) is the fundamental base of the computer for running the software and apps we all rely on daily.

Because this is a critical part of foundational IT knowledge, CompTIA A+ (Exam 220-1002) covers all three operating systems. CompTIA CertMaster Labs for Linux+, Security+, Server+, Network+ and Cloud+ also contain many Linux and Windows-based hands-on activities.

The following table gives a brief overview about how each OS is used and the environments in which they are likely to be found. That said, there are plenty of examples of all three in use in any of those roles.

Now, let’s delve into more details about each OS.

Windows, of course, is a very common operating system platform. Microsoft has both a server version (Windows Server 2019) and a client version (Windows 10). This is an important distinction. Microsoft carefully targets two separate and different sections of the market.

The server OS is tuned to provide services outward, while the client OS is designed to consume services. These services include network file access, printing, website hosting, hosting collaboration suites, directory services, name resolution and many others.

Windows is primarily used via a graphical user interface (GUI) that provides a mouse-driven icon-based environment. While it’s relatively uncommon to use the command-line interface (CLI) on the Windows client, Windows Server relies a great deal more on command-line administration.

Those who need to work with Windows would do well to familiarize themselves with the traditional command prompt (cmd.exe) and its DOS-like syntax as well as the more robust Windows PowerShell environment.

Versions of Windows Server include:

Versions of the Windows client include:

It’s worth noting that Microsoft has committed the Windows line to the ARM processor architecture. These processors provide many benefits, including speed and reduced power consumption, but device drivers must be ARM-specific, and today’s x64 applications are not compatible. Windows 10 supports ARM processors.

The Linux operating system has existed since 1991. Linux is considered a “Unix-like” operating system. Traditionally, Linux has been a server OS that is often administered entirely from the command line. Most Linux versions do support graphical user interfaces, many of which are very functional and elegant by today’s standards.

A critical thing to understand about Linux is that there is no single version. The Linux family is made up of a great many distributions, or distros. I like to define a distribution as a purpose-specific Linux version. Distributions are a collection of software packages, and these are usually related in a way that focuses on satisfying a particular need.

Here are a few examples of Linux distributions (be sure to note the associated purpose):

Similar to Windows, these distros differ by what software is installed based on their anticipated use. Some, like RHEL, are designed to be servers, while others, such as Ubuntu Studio, are client OS distros. Kali Linux is preconfigured with common penetration testing and security tools.

There are thousands of Linux distros, and you can even create your own. The reason for this is that the source code that makes up Linux and most of its associated software is licensed as open source. This means that anyone has access to the code and can change it to meet their needs. They can then release their version for others to use. If one were to attempt that with Windows or macOS, they would be guilty of licensing violations.

Since anyone can make their own Linux distro, there is no single definitive version like there is with Windows 10. Of course, that also means it can be very confusing to select a Linux distro to try. Luckily, the distributions are free, so the cost of experimenting is very low.

You can download these distros and install them into virtual machines. It’s a great way to get started with Linux. 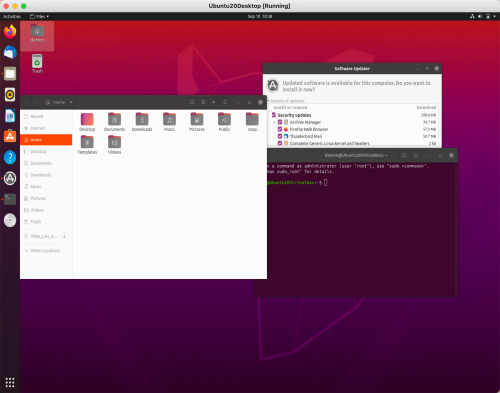 Linux also tends to be far more compatible with older hardware. While Microsoft quits selling or supporting older versions of Windows, Linux distributions are often available for use a decade or more after their release. That means you can experiment on older computers you have access to.

The primary Linux command line environment is called Bash. It is far more common to manage Linux systems from Bash than to configure Windows or macOS from their respective command lines. It’s a very good idea to work with at least one Linux distribution and get used to doing some basic troubleshooting and system information gathering in Bash.

Read more about using Bash with Windows and macOS.

Cloud computing is one of today’s biggest topic areas in IT. Most of the cloud infrastructure is Linux-based. Amazon AWS, for example, is almost entirely built on Linux.

Finally, like Windows and macOS, Linux supports the ARM processor architecture. Distributions such as RHEL, Ubuntu Server and Suse Linux Enterprise Server all have ARM-specific releases.

Apple macOS is also descended from the Unix OS. In many ways, it is similar to Linux, though the two certainly have major differences. First, macOS is not open source. In addition, software is not necessarily cross-compatible between the two. Finally, macOS is a client platform, while Linux is often found on the server side. Apple does have a macOS Server version, but it’s a fairly uncommon OS.

The macOS is almost always managed from the GUI, and it is known for having a very elegant and easy-to-use desktop environment. Power users, however, can realize a great deal of functionality from the macOS command-line Terminal application. The default shell is now Z Shell (zsh), though in the past it was Bash (like Linux).

Like Microsoft, Apple tightly controls macOS versions. The current version is named Big Sur, and other recent versions include Catalina, Mojave and High Sierra. Apple’s newest OS offering, Monterey, is due in Q4 2021. 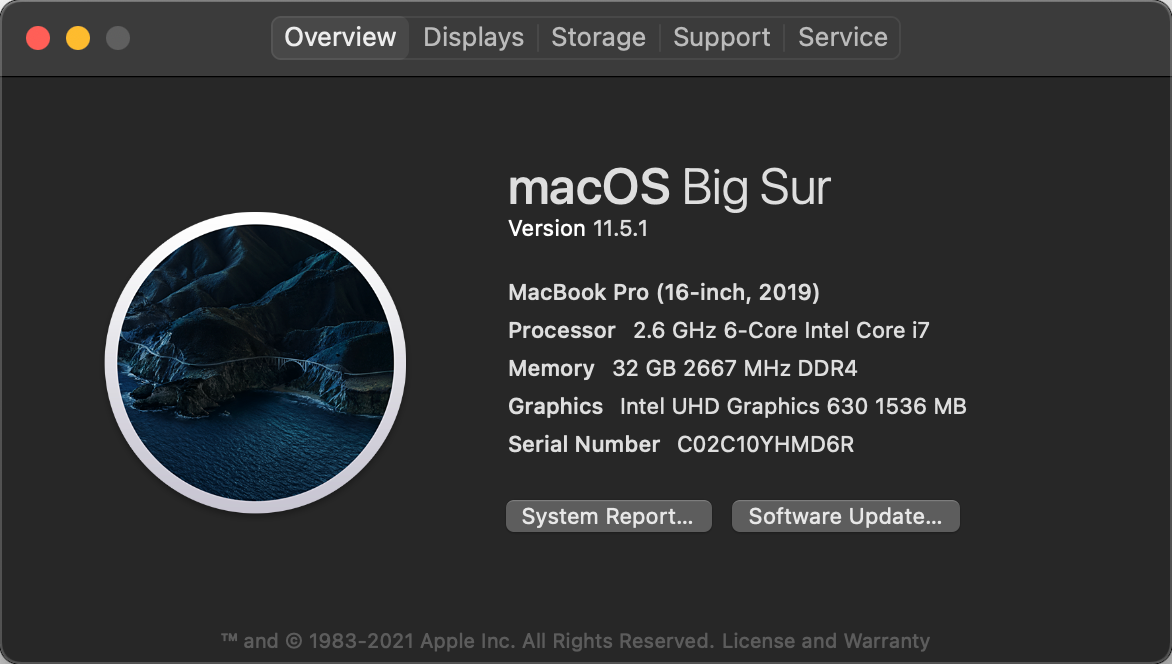 Figure 5 The About This Mac window displays the macOS version

Apple has spent the last year smoothly transitioning its platform to the M1 processor, which uses the ARM architecture. While not all software is ARM-compatible, many applications are, and more are being released daily.

And while many preinstalled Apple applications are oriented on creative software, macOS is a viable dev, SysAdmin and productivity platform. Apple macOS has maintained a reputation for security, as well.

Understanding the differences between the operating systems will not only help you with your certification exam and on the job, but it can help you select your next home computer. There are many valid reasons to choose each OS. Begin by considering how you will use the system.

If you’re exploring Linux to learn more about it for career development reasons, be sure to try at least three different distributions. The distros mentioned above are often a great place to start.

Another decision point is software availability. For many years, Apple was plagued by application availability issues. Most software was written for Windows, and macOS was an afterthought.

But today, a vast number of applications are available for both Windows and macOS (and even Linux). With so many applications and services moved to the cloud, the host operating system has become less of a compatibility factor.

In business, it is often beneficial to standardize on a few (or even one) operating systems. Doing so simplifies configuration management, security and support. This is especially true with Linux, where 20 different Linux systems could have 20 unique distributions installed.

When deciding on a standard OS for the workplace, consider applications, but also look to vendor support, device drivers and security concerns.

Another criterion for understanding the relationships of these operating systems is to consider their relative market shares. One problem with these numbers is that they can easily mislead consumers, and with cloud computing, server platforms cannot be tracked accurately.

Android, for example, is usually tracked as a separate OS, even though it uses a Linux kernel. This puts it head-to-head with Apple’s iOS, which traces its roots back to Unix.

However, if Android’s numbers were mixed in with the Linux OS, its market share would appear very different. Market share numbers vary, therefore, based on whether mobile devices are included against standard desktop systems.

The situation is even more varied on the server side. Virtualization makes it difficult to determine exactly how many copies of a server OS are installed. This is particularly true for Linux, which does not require registration or license tracking.

When these virtualized servers are moved to the cloud, it becomes even more difficult to understand their relative popularity. Cloud automation allows the rapid on-demand deployment of temporary servers that may exist only to support a transient workload that may disappear after several weeks, days or even hours. Again, Linux operating systems are particularly useful in these scenarios but are very difficult to track.

What is worth knowing is that Windows, Linux and macOS are all popular enough that IT professionals should be a little familiar with each one. While server administrators should focus mainly on Windows and Linux, desktop support personnel should be comfortable with all three.

Recap: What You Need to Know About Operating Systems

By understanding how open source differs from the traditional licensing used by Microsoft and Apple, one can better comprehend why Linux is free and why there are so many different distributions. Linux distributions can best be understood by their stated purpose, which is defined by the installed software and other tunings that differentiate a given distro from others. Any individual and any organization can create a Linux version, and many do exactly that. This makes it easy for Windows admins to try Linux distros such as Fedora and Ubuntu to gain familiarity

Finally, while Windows and macOS are fairly generic, it is still important to consider the actual use of the system when selecting an OS. One key aspect of this is software availability. Understanding the anticipated role of the system is even more essential with Linux because various distributions will be targeted on particular uses.

It’s well worth your time to explore at least one alternate operating system from the one you’re currently familiar with. The IT realm is more varied than ever, especially with cloud computing rolled into the mix, and a level of comfort with all operating systems can be very beneficial.

Get more tech tips like this delivered right to your inbox by subscribing to CompTIA’s IT Career News. As a thank-you, we’ll give you 10% off your next purchase.