What Is Raspberry Pi, and How Can It Help You Get an IT Certification?

Wednesday, September 11, 2019 | By Priyanka Sarangabany
With an inexpensive, credit-card-sized computer, you can get the hands-on skills you need to learn IT and earn an IT certification. 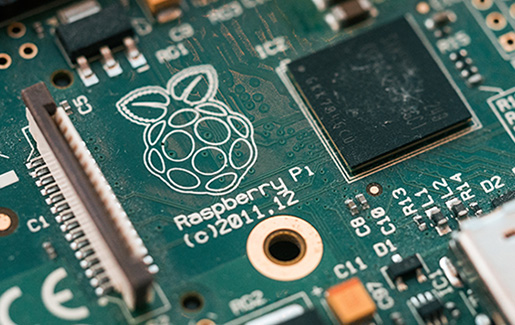 The Raspberry Pi is an inexpensive, credit-card sized computer created in 2009 by the Raspberry Pi Foundation, a UK-based charity that is dedicated to bringing programming capabilities and computing power to the hands of people all over the world.

Though the tiny device was originally created to motivate a younger audience to get involved with technology, the small computer has become popular among a much larger audience, ranging from digital artists to hackers.

This versatile device offers an extensive amount of hardware for about $35, which makes it a great tool for hands-on lessons and experiments in preparation for CompTIA certification exams.

Using the Raspberry Pi to Practice IT Skills

The most recent model released, the Raspberry Pi 4, offers the following features:

Additional features include the following:

Why Consider the Raspberry Pi?

The Raspberry Pi takes IT back to basics. As a small, inexpensive computer with minimum requirements, the device is very accessible and provides a fun environment for experimenting with programming and electronics.

Specifically, the customizable computer is a wonderful option for personal projects. With interchangeable SD cards on its board, you can alter the functionality of your computer without wasting time and resources re-installing software.

The Raspberry Pi also has future expansion capabilities, which means you can modify it to meet your own requirements. This makes it a low-cost alternative for IT pros, such as software developers and network engineers, to test their systems.

The small, noise-free device performs these functions of a laptop and desktop, but with a smaller carbon-footprint. The tiny computer provides a greener and ethical alternative to higher-functioning computers that require more energy and complex cooling systems.

Things to Know About the Raspberry Pi

The Raspberry Pi cannot completely replace your computer. Its slower processor means that complex graphical applications, like word processors and web browsers, run more slowly on Raspberry Pi than on a PC. Moreover, it's not compatible with all the Windows operating systems and Linux distributions that you may want to use.

You’ll also need to purchase extra accessories, such as the SD card, USB power supply and keyboard, which brings the startup cost to more than $35.

Prepare for IT Certifications with Raspberry Pi

As Oliver Bailey, a platform engineer and architect, said, “There is nothing you can do on a desktop that you can't do on the Raspberry Pi.”

Here are specific ways you can take advantage of the Raspberry Pi’s features in the certification process:

Overall, Raspberry Pi can help you practice the hands-on skills you need throughout the certification process. Whether you want experience with hardware or software, the device helps you build the IT skills you will need to ace your IT certification exam.

Ready to explore which IT certs are best for you? Check out What IT Certification Should I Get?