The Linux Tree of Opportunities

Wednesday, March 20, 2019 | By Oliver Bailey
Linux is a virtual tree of opportunity. Take the roots of what Linux is all about, follow the branches of how Linux is used across IT and nurture your career with Linux certifications for future growth and longevity. 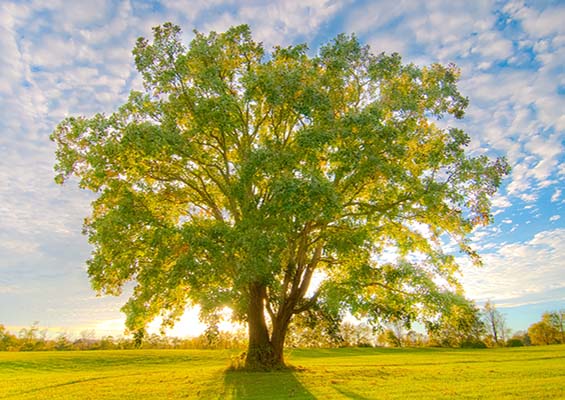 Linux is a virtual tree of opportunity that has grown from a seedling just a few short years ago to a full-grown oak tree with plenty of branches for almost every type of IT career. Take the roots of what Linux is all about, follow the branches of how Linux is used across IT and nurture your career with Linux certifications for future growth and longevity.

At its core, Linux is open-source software (OSS), which means that anyone can examine, rewrite or study the source code to understand how it is written. You can get involved with development, visit a development wiki or ask questions of the community to better understand almost any area of the Linux operating system.

You can also download Linux for free, along with all the tools to compile the system from scratch if you want the ultimate learning experience. And no fees or purchases are required to do any of the above – just your time and internet access.

Linux is based on AT&T System V UNIX, which was designed to run U.S. telephone and cellular telephone networks. UNIX also provided the world with the C and C++ languages.

Linux can be installed on any size computer, all from the same source code base. On the small end of the scale, we have the pocket BeagleBone computer, which is the size of a credit card. At the top end, we have an IBM series Z mainframe, which takes anywhere from a large room to a full floor of a building. And yes, Linux runs on the IBM series Z mainframes since kernel version 4.1 was introduced in 2015.

From the router in your basement, to the cable box on your TV to your Smart TV, Linux is there. From high-speed optical switches for long distance call routing to the embedded home monitoring systems, cameras and alarm systems, Linux is there monitoring and controlling homes and businesses all around the world.

More than 80% of the web servers in the world are driven by Linux. Due to its ability to perform high-speed real-time communications, Linux can operate more cost-effectively and efficiently than most other operating systems. This makes Linux the OS of choice for web servers – and also for Android phones.

Linux supports all known communications protocols, including Controller Area Network (CAN), which is the automotive control protocol. Many of the touch screens in today's automobiles are Linux based.

Large machine shops employ Linux CNC as their control software for large machining centers and factory network management. These protocols are also used for the internet of things (IoT) and embedded Linux configuration, setup and troubleshooting.

For the cost of a PocketBeagle, Raspberry Pi, microSD card, power supply and Debian Linux book ($20.00 used), you can get started with all the hardware you need to build a running Linux system.

Add in a few downloads, Debian Linux, compilers, tools and editors – all open source of course – and you have all the hardware and software you need to get hands-on Linux experience that you can apply to a CompTIA Linux+ certification and your IT career.

The Branches: How Linux Fits Into Your IT Career

Because Linux is used in so many different ways, having Linux skills (and certifications) gives you an array of career options, ensuring interesting tasks with the potential to grow into advanced areas of IT or management.

You can use Linux in traditional administration or operations or in software development, systems programming, or installation and support of exotic and sophisticated systems. The sky is truly the limit.

Here are just a few examples of how Linux is used:

Grow In Your IT Career with CompTIA Linux+

With new, exciting and more advanced areas of Linux today than ever before, you can move deeper into science, communications and types of computing that didn’t exist just five years ago. Whether you want to work in cloud computing, engineer embedded Linux systems or design large-scale data centers that manage virtual environments, virtual machines or container-based applications, a certification like CompTIA Linux+ can help you get there.

The opportunities for moving into advanced areas of computing, development, IoT or AI can reap both short- and long-term rewards through advanced technology, career growth and higher salaries. Not to mention working on the leading edge of some of the most interesting areas of science. The demand for people with existing skills is high, and getting a Linux certification to validate your skills can enable you to shift into an area of almost unlimited growth, opportunity and professional rewards.

Download the exam objectives to learn more about how CompTIA Linux+ covers the skills needed to use Linux throughout IT. After you complete the download form, scroll to the bottom of the list to get the objectives for the new CompTIA Linux+ (XK0-004).