Sunday, May 12, 2019 | By Jason W. Eckert
Linux is all around us, but do you really know what it is? And how does it apply to IT jobs? Author, CompTIA instructor and Linux guru Jason Eckert helps to demystify the open-source operating system so you can decide whether or not CompTIA Linux+ is right for you. 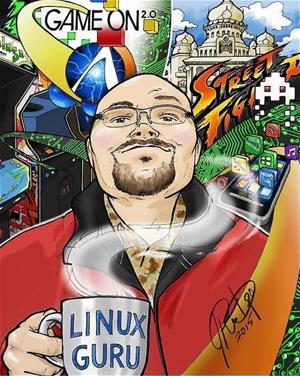 This article was refreshed in May 2019 to reflect the new CompTIA Linux+ (XK0-004).
Linux is all around us, but do you really know what it is? And how does it apply to IT jobs? In this blog post, author, CompTIA instructor and Linux guru Jason Eckert helps to demystify the open-source operating system so you can decide whether or not CompTIA Linux+ is right for you.

In short, Linux is an open-source, UNIX-like operating system created by Linus Torvalds that runs a plethora of different devices today. When you do your online banking or use Google, Facebook or Twitter, you’re talking to Linux servers in the cloud. In fact, nearly all supercomputers and cloud servers run Linux, as does your Android smartphone and many other devices around your home and workplace, such as firewalls and routers. Even my touch-screen refrigerator, home media center, smart thermostat and in-car GPS run Linux.

Open source has been the key to Linux’s success. Software released under an open-source license gives other software developers access to modify the original source code that was used to create the software. This, in turn allows other software developers worldwide to quickly identify and fix bugs and security loopholes, as well as make feature improvements to the software. Consequently, open-source software evolves rapidly, and this is what transformed Linux into the world’s most flexible and powerful operating system since its conception more than 25 years ago.

Linus Torvalds and his team still develop the core operating system kernel and libraries. However, software developers worldwide develop the additional open-source libraries and software packages used with the Linux kernel. You may obtain different distributions (or distros) of Linux as a result. All Linux distros share the same kernel and libraries, yet have different software packaged with the kernel. There are hundreds of Linux distributions available – some common ones include Red Hat, Fedora, SuSE, Debian, Ubuntu and CentOS. And don’t forget Android!

It’s also important to note that Linux is functionally an open-source UNIX operating system – nearly all of the concepts, commands and files are identical between UNIX and Linux. If you use a Mac computer or iPhone, you are using a flavor of UNIX (macOS X and iOS are both UNIX operating systems), and many embedded systems and large servers still run UNIX today as well (e.g., BSD UNIX, Solaris AIX, QNX). As a result, those who administer Linux systems often administer UNIX systems, and vice versa.

Why Should I Get a Linux Certification?

For the past two decades, employers have used certification as a skills benchmark for hiring and advancement in the IT industry. Today, Linux certification provides an important skills benchmark for a wide range of different industries and job roles, as illustrated below. And as these industries and job roles continue to grow, so does the need for skilled Linux users, administrators and developers.

What Is CompTIA Linux+?

However, the latest version of CompTIA Linux+ (XK0-004) is no longer reciprocal with LPIC-1. Instead, it's a single exam that tests the fundamental usage and administrative tasks that are common to nearly all Linux distributions and UNIX flavors, but with an added focus on security, troubleshooting, server configuration and cloud technologies to match current industry needs.

Why Should I Get CompTIA Linux+?

Think CompTIA Linux+ is right for you? Download the exam objectives to see what's covered. After you complete the download form, scroll to the bottom of the list to get the objectives for CompTIA Linux+ XK0-004.