The New Orleans Cyberattack: You Can’t Fight City Hall, but Apparently, You Can Take It Hostage

Monday, December 16, 2019 | By James Stanger
About three days ago (December 13th), the Big Easy (New Orleans, Louisiana) was hit by a ransomware attack, and more interestingly, declared a state of emergency as a result. 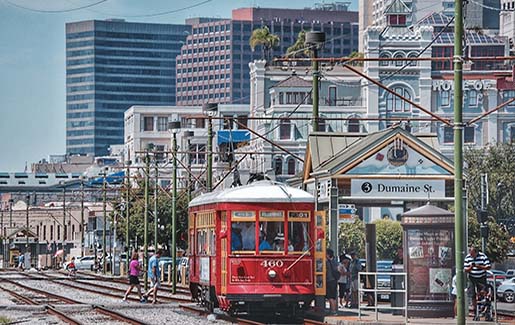 Someone just morphed ransomware into a DDoS attack strategy. About three days ago (December 13th), the Big Easy (New Orleans, Louisiana) was hit by a ransomware attack, and more interestingly, declared a state of emergency as a result. I’d send you to the City of New Orleans website for that document, but it’s still down as a result the cyberattack.

The New Orleans Cyberattack: What Happened

Early indications from the Bleeping Computer site seem to suggest that this ransomware attack was a variant of Ryuk, a form of ransomware that often demands bitcoin in exchange for decrypting files. Who knows if Bleeping Computer is right, but, let’s suppose New Orleans has succumbed to a variant of Ryuk. Attackers that use Ryuk tend to target major government, infrastructure entities and providers, such as refineries, hospitals, schools and care facilities.

It’s always dangerous to draw too many conclusions on an early story, especially because the media hasn’t been particularly accurate when it comes to reporting about cybersecurity incidents. I’ve heard from CIOs and vice presidents of security from a diverse group of organizations, including the State of Colorado, British Telecom (BT), Target, that the news media gets a small percentage of the actual story right. News is notoriously elliptical and even inaccurate concerning what is really going on.

Nevertheless, here are a few insights that I’ve gathered:

A couple of years ago, I led a roundtable of cybersecurity workers at the Churchill War Rooms. Our resulting whitepaper, The UK Cybersecurity Landscape 2017 And Beyond: A Report, outlines many of the issues, including the two above, that we’re now seeing as a result of the New Orleans cyberattack.

Tactically, an incident response plan should include the following steps:

The Aftermath of a Cyberattack: Restoring from Backup and Recovering Paper Transactions

As a result of the New Orleans cyberattack, many city workers have had to go back to using pen and paper rather than networked resources. This reminds me of a story I was told years ago by a Disney employee.

Around 2002, a cruise ship docked and connected to the Disney network. The cruise ship was infested with a particularly nasty computer worm, which spread throughout much of Disney’s network in Florida. As a result, Walt Disney World employees couldn’t use the standard Point of Sale (POS) systems anymore. They were reduced to filling out old-fashioned paper carbon copy forms to get customer credit card information for purchases of tickets, souvenirs and food.

The resulting mess took weeks to clean up. Workers had to to clean up more than just the infected systems. They also had to recover from the backlog of paper-based transactions that had to be converted into electronic form.

We’ve seen government entities worldwide fall victim to ransomware attackers for years, but, this particular cyberattack seems to be a bit different:

Currently, there is no evidence that these attackers used artificial intelligence (AI) resources to wage the attack. But this is going to be a reality, if it isn’t already. One of the new worries is that ransomware and DDoS attacks aren’t designed to simply extort money.

Increasingly, they are being used for two primary purposes:

Why Are These Types of Cyberattacks Increasing?

Typically when government institutions are attacked, you hear common excuses:

But, we’re also seeing an increase of these attacks because the perpetrators are obtaining far more granular information about their potential victims, based on input from conclusions that sophisticated AI-driven reconnaissance can provide.

One of the first lessons is that all organizations need to conduct more employee-based security awareness training. Social engineering (e.g., phishing, spear phishing and deep fakes) remains a major issue.

Second, it’s all about backups. I don’t know what type of backup program New Orleans has in place. Hopefully, it’s as good as the ones that ASL Airlines and the State of Colorado have had in place.

Subscribe to CompTIA’s IT Career News to stay on top of cybersecurity best practices, learn more about cybersecurity careers and find resources like these: