IBM, Red Hat and Multi-Cloud Management: What It Means for IT Pros

Tuesday, October 30, 2018 | By Seth Robinson
IT pros have found that their jobs have not disappeared when their companies adopted a cloud approach. Instead, the maintenance tasks have been replaced with more strategic work around workload management. 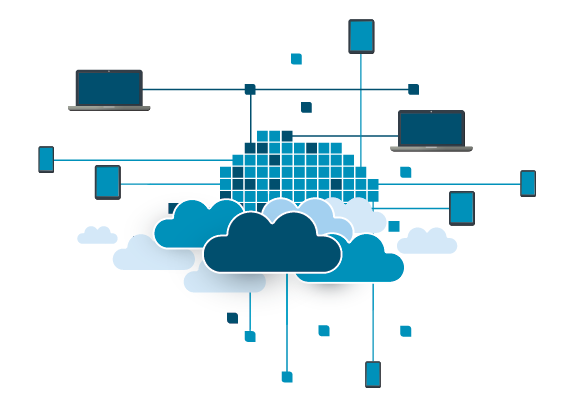 When I first saw the news that IBM had acquired Red Hat, I wasn’t sure what to make of it. The press release touted the creation of “the world’s number-one hybrid cloud provider,” which seemed strange given that neither company stands out to most people as a premier cloud provider. (The fact that the press release came out on a Sunday didn’t help with the confusion either.)

After more analysis, I believe the confusion may have come from the use of the term provider. This generally means the company providing the infrastructure, platform or software that is being offered as a service. IBM plays in all these areas, but it is actually attacking a different problem with Red Hat: multi-cloud management.

Several years ago, CompTIA’s research team began exploring secondary cloud migrations. Companies typically start a cloud transition with the migration of some lower-priority systems, and they typically make these migrations using a single cloud provider. This gives them the chance to learn more about using cloud resources and to solve some basic problems before migrating business-critical systems.

After this early phase, companies begin to evaluate the landscape more broadly. They compare several cloud providers to determine which ones are best suited for specific applications. Companies evaluate providers using criteria such as cost, performance or integration, but the end result is an IT architecture that leverages multiple providers.

The rate of this movement has grown over the years. In CompTIA’s most recent research, 83 percent of companies claimed to have made some form of secondary migration. The definitions for different models are constantly up for debate, but it is safe to assume that companies are exploring a mixture of public cloud providers, private cloud architecture and standard on-prem systems.

Some (apparently including IBM based on the press release) might refer to this as hybrid cloud. Others view hybrid cloud as a limited term, referring to how a single application is handled, so the term multi-cloud is used to refer to the complete architecture. Either way, this is a much more complex situation than a single-model architecture, and managing this situation is a serious problem for IT pros.

Show employers that you have the skills they need to implement and manage cloud technologies with these CompTIA certifications:

Over the past decade, IT pros such as server administrators have found that their jobs have not disappeared when their companies adopted a cloud approach. Instead, the routine tasks they might have performed around hardware maintenance have been replaced with more strategic work around workload management. The benefits of cloud computing are fully realized when applications and infrastructure are tuned to work together and carefully managed.

Increasingly, IT pros are exploring containers as an important part of cloud architecture. Containers are the latest step in the evolution of virtualization. A virtual machine is a subset of a physical server with adequate resources for an application, but a container is a much smaller wrapper around an application that contains exactly what that application needs in order to run. Containers are rising in popularity because of their portability — if a company is making secondary migrations, the containers can be more easily moved between cloud providers.

Managing containers and orchestrating a cloud architecture for maximum performance are becoming critical skills for IT pros. And this is the space that IBM is targeting with the Red Hat acquisition. Rather than being a primary provider of infrastructure or applications, IBM wants to leverage Red Hat’s OpenShift and other tools to be a leader in multi-cloud management.

Will the bet pay off? Time will tell. Managing complexity has always been one of IBM’s strengths, but other cloud vendors also see this need, and they all have unique value propositions. One thing is certain, though — a $34 billion investment signals a field that will be very active.

Managing architecture is more important than ever, and CompTIA Linux+ focuses on the skills needed to become an expert. This acquisition is part of a highly dynamic technology environment, and an ongoing commitment to skills that will help IT pros keep up with all the changes.