Career Changers: Switches Into and Around IT

Wednesday, March 30, 2016 | By Matthew Stern
The field of IT is a versatile one that draws people from diverse backgrounds with different professional interests and goals. Get to know three IT professionals who all either moved into IT from another career, stepped away from IT and re-entered it or made a big move within the field. In their different personal journeys each has found that a career in IT enables, inspires and supports creativity.

Career paths are not always straightforward. Some are lucky enough to find what they seek and build a career in that area immediately. For many, though, the process of learning and self-discovery takes them down roads they never expected or allows them to find success through different means than they had imagined.

This is certainly true in the case of the versatile IT field. People get involved in IT for all sorts of reasons, at all different points in their lives, and derive satisfaction from their work in different ways. The following stories of three IT professionals who switched careers into, or within, the IT field demonstrate that no matter what an individual’s outside interests or short-term or long-term career goals are, IT can provide a venue to grow, find career satisfaction and support and promote personal growth inside and outside of the office.

From IT Pro to Artist and Back Again 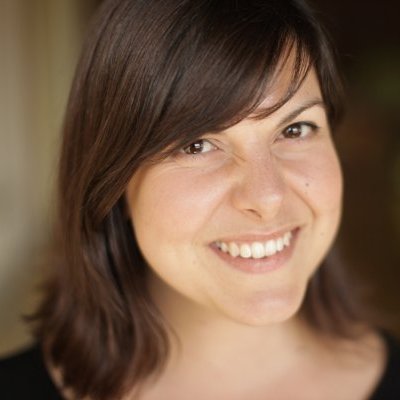 It was 2009, and Kim Jacobson was familiar with every other passenger who took the weekly commuter flight between Michigan and Washington, D.C. She had spent the last year at Deloitte managing a deployment of a challenging software package and the role demanded a lot of travel. Despite her love of IT, the product she was working on and the people she worked with, the flights were wearing her out. When that deployment wrapped successfully, her next opportunity at Deloitte demanded three years of the same rigorous travel schedule. Jacobson experienced a carpe diem moment.

Rather than run the risk of burning out mid-deployment, Jacobson let Deloitte know she was shifting gears. An artist at heart, she decided to embark on a career based in that lifelong passion. Shortly after leaving Deloitte, Jacobson was pursuing an advanced degree at an art school in Florence, Italy, and was on her way to a life as a professional artist.

Jacobson had gotten involved in IT half a decade earlier, beginning her career at a supply chain logistics provider for the automotive industry called A3 Integration. Her desire to work abroad and fluency in Spanish made her a great fit for a position doing trainings for the company’s client base in Mexico. With a knack for understanding and managing complex systems, she became an important point person on the company’s difficult to manage and deploy but business-critical SaaS package. From there, she grew into the role of IT super-user and took on IT consulting as well.

The supply chain logistics package was purchased by Oracle, and went from a proprietary piece of software to an industry-wide go-to solution. So when Jacobson arrived at Deloitte, she had a hands-on history with the software she would be deploying that few could claim. But after her year of full-time travel, neither her connection to the software nor her love of the profession could keep her from taking a gamble many consider but never take.

And the gamble was a success. When Jacobson returned from Florence after a year of study perfecting her drawing technique, she entered what many might consider a dream career. Jacobson was doing art for a living. She gave exhibitions. She worked on multiple commissions doing representational art for clients – art, as she put it, where there is a right answer about how it should look. As she built her career she began to arrive at an unexpected conclusion.

“I found that I didn’t really like being at home alone all day working without collaboration with other people, and that it really wasn’t as satisfying to have clients dictating how the art should look or what they wanted the right answer to be,” Jacobson said. “I found that it was more satisfying to work in the IT space where it was more collaborative. It had less boundaries, strangely.”

A year later, Jacobson reentered the tech field, working initially in website marketing before moving into her current role. Now, as an IT project manager at the University of Michigan, she is in a role that she loves and one where she finds plenty of room for creativity.

“What I found is that in both art and IT, you’re solving a series of problems,” Jacobson said. “You’re looking at something and trying to accurately depict it so you know when you’ve gotten it right, and I think the same is true of a math problem or troubleshooting an issue in IT. I like both areas for similar reasons.”

A Shift into IT Creates Synergy 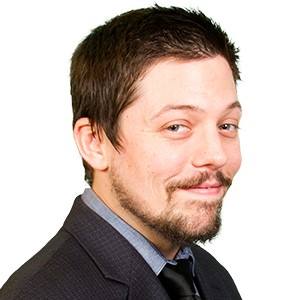 When Brad Knain first arrived in Chicago, he was making his way through the media and entertainment world – and he was gaining traction. It was 2005, and he had moved to the city to study in the artist entertainment and media management studies program at Columbia College Chicago, with an eye towards working in music production. And he was doing more than just going to school. Knain was getting things off the ground. Taking on internships in studios and interning in New York at big trade organizations, he graduated and moved on to producing and recording more than a few albums by indie artists.

But despite his inroads, Knain was hitting the same walls many in the music industry face. Production work was satisfying, but it wasn’t as lucrative an area to be in as it may have been 10 years earlier. Knain found himself managing a coffee shop to support his artistic pursuits and, eventually, managing the coffee shop more than he was managing bands. Knain hadn’t given up on his artistic dreams, but he knew that he needed a more stable way to see them through. He got some good advice that pointed him the direction of the IT world.

“I liked being behind the console, so to speak, but I also liked interacting with people,” Knain said. “So my friends and my family, specifically my Dad, went to bat for me and said I should definitely be doing something like project management or [serving as] a liaison between tech folk and laymen.”

Knain went back to school, pursuing a master’s degree in business IT at DePaul University. There, he studied the tools necessary to thrive in the contemporary IT landscape. With a knowledge of database management and more, he was poised to take on the IT job market. Through a connection in the music world he was able to find a role at Frontline Technologies, a solution provider for human resources software in K-12 education.

Initially working at the service desk level handling tech support calls and troubleshooting, Knain worked his way up to handling implementations. Now in the role of implementation specialist he is a liaison between tech and non-tech, as well as internal and external customers. Knain, is using many of the same skills he used – and still uses – in his creative pursuits.

“I don’t think it was ever a sharp, ‘I’m going from this lifestyle to this lifestyle,’” Knain said. “I’m constantly booking events and working with bands in other capacities, so I guess it was really just a change of hats, when already wearing multiple hats.”

So whereas once Knain was trying to work full time in the arts and was struggling to find time, the reshuffling of focus on his IT career has allowed him to be more fully engaged in the artistic world. And those skills he uses every day as an IT project manager, he finds, don’t turn off when he leaves the office for the day. They are the same skills he uses in the management of his numerous artistic and small-business endeavors.

A Move to IT’s Business Side 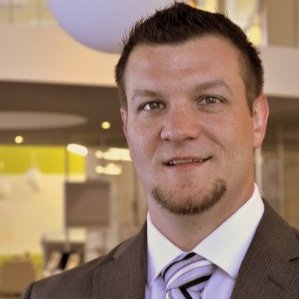 In a versatile profession like IT, some choose to stick strictly to working with technology. But there’s always room to move from the technical side of the field to the business side. Such career changes can even be seen in the offices of CompTIA.

Robert Winchester, technical operations manager for CompTIA e-learning, may have begun his ascent up the IT ladder in a fairly traditional way, but his interests, which have woven in and out of his career, prove that there is no typical IT professional. Beginning as a help desk support provider at Chicago Public Schools, Winchester moved up the ranks to different positions and more technical roles. As he moved to the level of network engineer he became a go-to contract worker at a local firm. But as he built his network management skills, he was plenty busy on the side – doing stints as stunt driver and appearing on a few Chicago-based film productions, including 2008’s The Dark Knight.

With few credentials to his name but an abundance of practical skill, Winchester arrived at CompTIA in 2010. Stepping into his first IT role here, he got all the organization’s major certifications to make sure he was fully up to snuff, and dove into the role with the excitement he brings to all his pursuits. Managing network operations, he was deep in technical IT territory. But he soon took on the additional position of trainer for CompTIA’s internship program. It was this experience that planted in him a seed to find a different sort of fulfillment outside of a nuts-and-bolts IT role. “It was so rewarding to me to see other people succeed,” Winchester said.

The intern program got Winchester thinking about how he could further explore that side of his professional interests. And so when an opportunity to work in e-learning arose, he jumped at it – into a new career and onto the strategy side. But though he might not be doing server maintenance or touching the network every day, he remains quite connected to the IT landscape – and not just because of where he works. Winchester finds, even as he works on CompTIA’s e-learning offerings, it pays dividends to understand the how tools are built-out and deployed.

“I’m blessed to have the technical background and some business savvy,” Winchester said. “When someone comes to buy an IT product I want them to get that IT product from somebody who helped created it as an IT person.”

So when it comes to things like the build out and deployment of new modules for CompTIA’s popular gamified study tool CertMaster or any of the exciting new e-learning tools the department has in the offing, Winchester is there to provide informed communication between tech and business. He can talk on the level of troubleshooting APIs and database integration with the same clarity that he can communicate strategic goals and objectives.

“I enjoy the finished products,” Winchester said. “I’ve learned that one of the things for me is I’m a creator. I like innovation.”

Learn how to change careers to IT.