Bringing Hospitality to the Help Desk

Wednesday, May 23, 2018 | By Emily Matzelle
When it comes to the help desk, a good technician must be both knowledgeable and personable – but that often isn’t the case. Meet Karolis Krikstanas, who successfully paired his interest in IT with a hospitality skillset and a CompTIA A+ certification to move out of the hotel industry and on to the help desk. 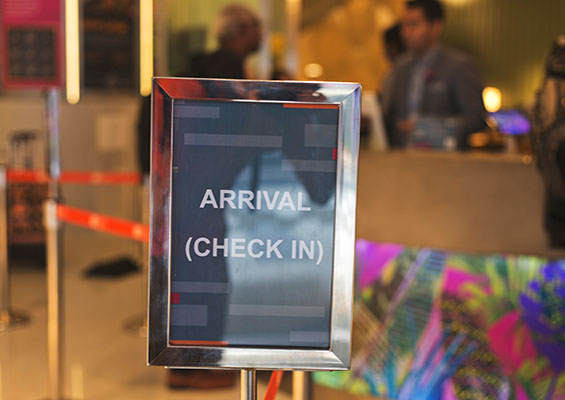 When it comes to the help desk, a good technician must be both knowledgeable and personable – but that often isn’t the case. Meet career changer, 31-year old Karolis Krikstanas, who successfully paired his interest in IT with a hospitality skillset and a CompTIA A+ certification to move out of the hotel industry and on to the help desk.

There are people out there looking to break into IT but don’t know where to start. Krikstanas said that a mix of preparation, perseverance and a sprinkling of good luck was what it took to land him his first help desk job. But, it all goes back to his roots in the hospitality industry that remind him daily to connect with others on more than what he’s troubleshooting.

Preparing for a Change

Krikstanas began a six-year-long stint in the hotel industry in 2010. Starting out as a front desk manager, he made his way up to general manager before the business was sold and he needed to find something else.

“I’ve always had a knack for computers and anything techie. I’ve been building and tweaking my PCs since elementary school,” he said. “I read online that CompTIA A+ was a good start to get into an entry-level service desk job. And, with my job at the hotel coming to an end, it was as good a time as ever to make a change.”

That’s when the work started. Krikstanas used a published exam guide to self-study for the CompTIA A+ exams for approximately one month earned his certification in April 2016. He didn’t start searching for a new job until a few months later, and after getting a call from a recruiter (his self-described bit of luck), he received his first offer in early September. Since then, he’s been promoted.

Krikstanas said his current (and previous) help desk jobs really appeal to the problem-solving part of his brain.

“There’s a great sense of reward when you solve an issue someone is having, especially if it’s something that is not an already well-known issue,” he said.

But, it’s not all sunshine and self-fulfillment.

“It can be frustrating at times,” Krikstanas said. “Sometimes I find myself thinking: ‘Why is this super-smart investment banker asking me how to save a PowerPoint?’ But, I honestly love my job, and it’s a huge step up from where I came from.”

Even though his first job allowed him to keep users on mute for five-minute intervals, Krikstanas said he never did that. Instead, he made small talk while working on their machine – and that sense of hospitality paid off.

“I had users call back specifically looking for me because I didn’t just silence them while I did a basic troubleshoot,” he said. “Not everyone will be pleasant, but in the end, I just remember that my job is a service job, no matter the tier that I’m working in.”

That positive attitude has served Krikstanas well. He acknowledged that while having CompTIA A+ speaks to his knowledge and skillset, the certification alone is not what makes him a great tech.

“I came from a hospitality background where my main goal was to talk to customers in the hope they had a positive interaction and would come back to visit,” he said. “In the help desk world, the tech is often seen as a ‘necessary evil,’ but it doesn’t have to be like that. The people you are supporting will appreciate an easy-to-talk to tech more than anything else. In fact, the number one compliment I’ve had was not on my technical ability, but on my ability to connect to the people I’m supporting.”

In his current role, Krikstanas not only supports users, but also has the opportunity to work with software vendors to help implement software updates that will either reduce or eliminate known software issues – and he likes where his job is heading.

“My plan is to follow up my CompTIA A+ certification with CompTIA Network+ and then move on to the Cisco certs, working my way to [Cisco Certified Network Associate (CCNA)]. In my current role, I don’t need to progress to a CCNA because I’m in more of a business role, but as a personal goal, I’m going to continue on through the CCNA,” he said.

Krikstanas’s motivation, follow-through and perspective have (and will continue to) paid off. At the time of this interview, he learned that he is going to be promoted to a managerial role.

Check out CompTIA’s new career change section of our website to read more about what it’s like to work in IT and see if IT is right for you.