Tuesday, March 26, 2019 | By James Stanger
So many job roles are changing quite radically in the face of emerging technologies, including AI, the internet of things (IoT) and automation. I’ve noticed that various sides of IT tend to think the other is going to get replaced. 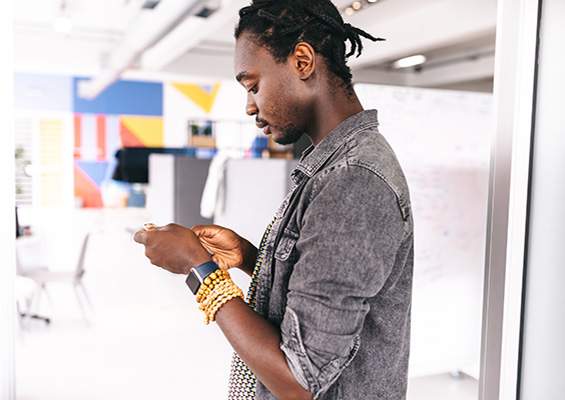 I’ve been spending a lot of time with two pretty different IT groups lately: information technology service management (ITSM) – as in, help desk and tech support – and cybersecurity. And do you know what? Each group thinks the other is going to be replaced by artificial intelligence (AI).

So many job roles are changing quite radically in the face of emerging technologies, including AI, the internet of things (IoT) and automation. I’ve noticed that various sides of IT tend to think the other is going to get replaced. I’m convinced that if IT workers have the right foundation of skills and attitudes, they’ll do well. Others aren’t so sure. Let me explain.

While I was at the 2019 WEST show in San Diego, I spoke with dozens of cybersecurity professionals who worked for some big organizations. One works for a major U.S. Department of Defense (DoD) contractor. A second secures systems related to the United States nuclear triad. There were also two from the military – one who works in the Pentagon and one who services aircraft carriers. This was a high-powered group.

We started talking about AI, IT jobs and the future. When I mentioned help desk and service desk jobs, one of them blurted out, “Come on – you don’t need AI to replace those guys. A simple web script or maybe some Kubernetes-based automation will take care of those jobs in about 10 minutes.”

I could see the smug looks on their faces. I couldn’t hide the look of surprise in my eyes, and I told everyone that I didn’t think tech support was anywhere near that simple.

A few days later, I spoke with the leaders of Dell’s technical support teams based in India, Texas and Singapore. We talked about the continually morphing role of the technical support professional, and they discussed in a matter-of-fact tone how certain tech support roles were going away in the face of AI and self-support.

But I was even more interested in how they saw a continued need for tech support, as long as it supported the services they were selling. They were very open to hearing about the changing conditions at the help desk, including support for device diversity and much more sophisticated cloud computing services.

About a week later, I was at RSA San Francisco, where one of the main themes was how AI was going to replace many cybersecurity skills. For example, consider pen testing. I’ve been curious about the state of pen testing, so I facilitated a discussion called Why Pen Testing Sucks Right Now, and How You Can Fix It. The 10 attendees represented large companies, like Lockheed Martin and Raytheon, to small businesses as well as just about every continent in the world.

A senior director in financial services who has done pen testing for more than 15 years and now manages various cybersecurity teams was very vocal. He feels that AI will be capable of handling a typical pen test of most any system in less than 10 years.

I then asked, “Well, what about help desk – they’re toast, right?” And the answer from this group of security folks surprised me: All of them said, “Absolutely not.”

When I asked why, the consensus was that when you’re supporting humans, so there are too many variables that AI probably can’t anticipate or handle very well. Surprised, I told them about how repetitive a lot of help desk jobs were. They chuckled and said, “Try being a cybersecurity analyst – there’s a lot of tedium in that job, too.”

They, of course, conceded that AI or even a good FAQ could replace a lot of those calls. But they added that device diversity combined with the incredibly varied skill levels of end users causes a lot of different issues.

“When you mix AI with human beings, you get some pretty unpredictable results,” one attendee said. “We still need qualified people at the help desk.”

The Need for Emerging Talent

The stats bear this out. Help desk and tech support jobs have a faster-than-average projected job growth at 11 percent, with 88,500 new jobs expected to be added from 2016 to 2026, according to the U.S. Bureau of Labor Statistics. This means we need more qualified people, and that trend isn’t reversing any time soon.

The question is, what does qualified mean these days? They answered that one of the benefits of AI is that it can remove a lot of the drudgery of IT-based work and give IT pros the opportunity to focus on important tasks.

The conversation reminded me of the point that Christina Maslach made at RSA that it’s vital for IT leaders to change the workplace to reduce burnout. We’ve long seen that there’s a skills gap. Many things drive this, including the fact that a lot of companies are trying to avoid using emerging technologies. Others are experiencing employee churn because they haven’t figured out how to best use employees or diversify their teams.

A week later, during my keynote at the CompTIA Communities and Councils Forum (CCF), I spoke with Maddy Martin of Smith.AI and David Tan of CrushBank, who are implementing AI solutions for help desk and IT support staff. Both readily agreed that we will still need properly trained humans – AI is here to make sure that we use our innate talents more effectively.

I’ll be taking an even closer look at the changes that AI, self-help, IoT, and the cloud has brought to the technical support world throughout the spring and summer. Find me at the following events:

To me, it’s not that emerging tech is harming anyone. It’s the fact that we’re seeing so much emerging talent, as long as folks keep focusing on the fundamentals and what today’s companies are doing.

Get the skills you need to succeed at the help desk with CompTIA A+.