A Day Without Technology

Thursday, March 18, 2021 | By Jessalynne Madden
Life without technology wouldn’t be functional or enjoyable for most of us. Keep the world running by getting into IT. 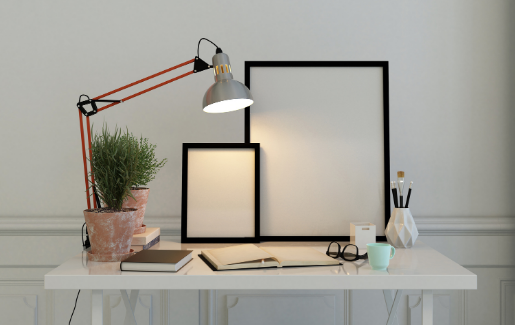 Imagine this: You wake up one day in a world without technology – all the computers on the planet just disappeared. First of all, you’d wake up late because your smartphone alarm no longer exists.

Once the initial shock of the situation wore off, you’d start getting ready for work. Unfortunately, you wouldn’t be able to turn on the lights, shower or brush your teeth. Why? Power, gas and water are public utilities run by massive computer systems.

Then you would get dressed and go outside to your car. Unless the car was manufactured over three decades ago, it wouldn’t start. Most everything in a car today is operated by a controller area network (basically an onboard computer). Public transportation would be a no-go for the same reason. Even if your car did start, traffic would be a nightmare with all the traffic lights out. You’d finally decide to walk to work.

Your day without technology is not off to a good start!

After several hours of walking, you would get to work, where you’d encounter a similar situation. The technologies that get you through everyday life would be missing. You’d ponder conducting business by postal mail, provided that’s still functioning, but it would likely take too long to get your correspondence where it needed to go.

Lunch will be whatever hasn’t spoiled yet. It looks like the whole workday is a wash and getting home is going to be just as hard. Making dinner will be like camping.

Your heart would sink as you realize that streaming a movie later isn’t in the cards. The evening’s entertainment would be limited to reading by candlelight or playing an acoustic instrument. You’d conclude that you never want to go a day without technology again.

This is a mere snapshot of what life without modern technology would look like for a typical office worker. Students hustling to complete their school work wouldn’t have it any easier as universities would grind to halt. And don’t forget that hospitals and airlines would have to shut down.

Imagining what it would be like to survive a day without technology makes the IT skills gap difficult to fathom. Frankly, daily life without modern technology would be miserable. So why does such a critical skills gap exist?

Why prospective IT professionals aren’t rushing to get into the tech industry is a complicated question. One reason for this is that most schools aren’t teaching IT skills to kids at a young age and setting them up for a future career in IT.

What Can You Do in One Day Without Technology?

In 2013, Code.org, a nonprofit organization dedicated to expanding access to computer science in schools, published a video called What Most Schools Don't Teach. The video went viral. In it, technology executives Bill Gates and Mark Zuckerberg, NBA player Chris Bosh and musician Will.i.am encouraged young people to learn how to code.

“The programmers of tomorrow are the wizards of the future,” said Gabe Newell, co-founder of Valve, a video game developer. “You’re going to look like you have magic powers compared to everybody else.”

The video equated learning to code with becoming a musician or an athlete. At the same time, it downplayed the difficulty of learning code, portraying it as simple math. It emphasized the cool factor of tech firms’ offices by not just describing them, but also showing them off. It also pointed out the current ubiquity of computers, as well as their importance to modern survival.

The creators of the video clearly understood that working people can’t get much done in a day without technology. They attempted to help close the IT skills gap by making information technology appealing to young people. The idea was that by encouraging kids to learn how to code it would pique their interest in an IT career later in life.

Can We Survive Without Technology?

Worldwide, 4.66 billion people use the internet and benefit from it tremendously. It makes our professional and personal lives much easier. We would probably acknowledge that it is possible to physically survive without technology. But we’d likely also say going a day without technology would be unrealistic and incredibly inconvenient.

Thankfully, technology is everywhere. Because of this, you’ll probably never have to go a day without cell phones, social media and tech gadgets - unless you choose to. Notifications and podcasts can also remain part of your daily life. As long as there are skilled IT pros developing and maintaining technology, modern life as we know it will continue.

Because technology is central to daily life, IT should no longer be seen as a niche field. Instead, IT should be widely acknowledged as a secure, lucrative career choice for anyone with interest.

There has never been a better time than the present to work in the IT field. Thanks to IT pros, people never have to go without critical technology. Because of you, they can continue to rely on their computers and cell phones.

IT is a secure career option because people will always heavily rely on technology and the services of tech specialists. Rising IT industry trends create additional space for new IT pros to infiltrate the field.

A few of these trends include:

Despite the coronavirus pandemic, IT jobs continue to grow, according to the CompTIA Tech Jobs Report. The report states that U.S. IT companies added 7,700 workers in February 2021. At the same time, IT jobs grew by 391,000 positions.

Get Into IT Fast With CompTIA Training and Certifications

When you get into IT, you can help preserve modern culture. With your help, going a day without technology will never become a reality. Don’t worry - you don’t necessarily need a college degree to make it in IT. The easiest way to get into IT is by obtaining the right IT certifications.

CompTIA can help you quickly get your foot in the door to the information technology industry by assisting you in:

Learn about the various ways CompTIA can help you land your dream IT job in + Means IT Careers: How CompTIA Can Help You.

It’s safe to say that no one wants to go a day without technology. With people like you in an IT role, we’ll never have to.

Wondering what it’s like to work in IT? Check out our new video IT Support Basics: Getting Started in IT and subscribe to our YouTube channel so you can be alerted about new videos and live broadcasts.