CompTIA’s Student Perspectives of Technology and Careers study explores what young people (ages 13-18 years) think about a range of issues involving technology, their careers, and the future of work.

The research was conducted by CompTIA during December 2021-January 2022. This survey was fielded in Australia, Belgium, Canada, India, Malaysia, UAE, Oman, Saudi Arabia, United Kingdom, and United States and a total of 1671 respondents participated in the study.

Most young people around the world are thinking about their career options and a clear majority (69%) have some idea of the path they would like to pursue. A career in some aspect of technology is something 1 in 2 are considering or may consider in the future. 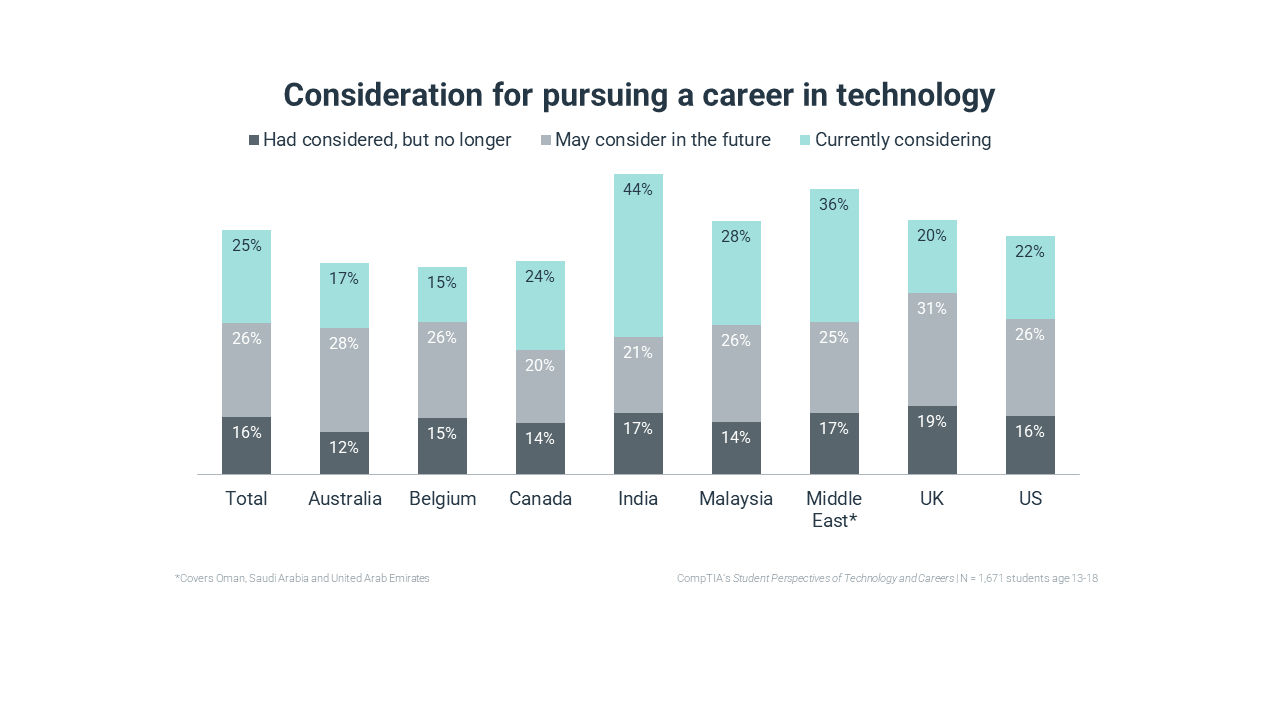 Technology is interwoven into the lives of teens and reliance is only going to increase. A greater proportion of teenagers in the emerging economies covered by this study believe their reliance on technology will increase (61% increase versus 50% in developed economies). Teenagers believe that technology is a force for good and moving in a positive direction. Boys report being more positive about technology with 63% believing it is moving in a positive direction compared to 54% for girls. 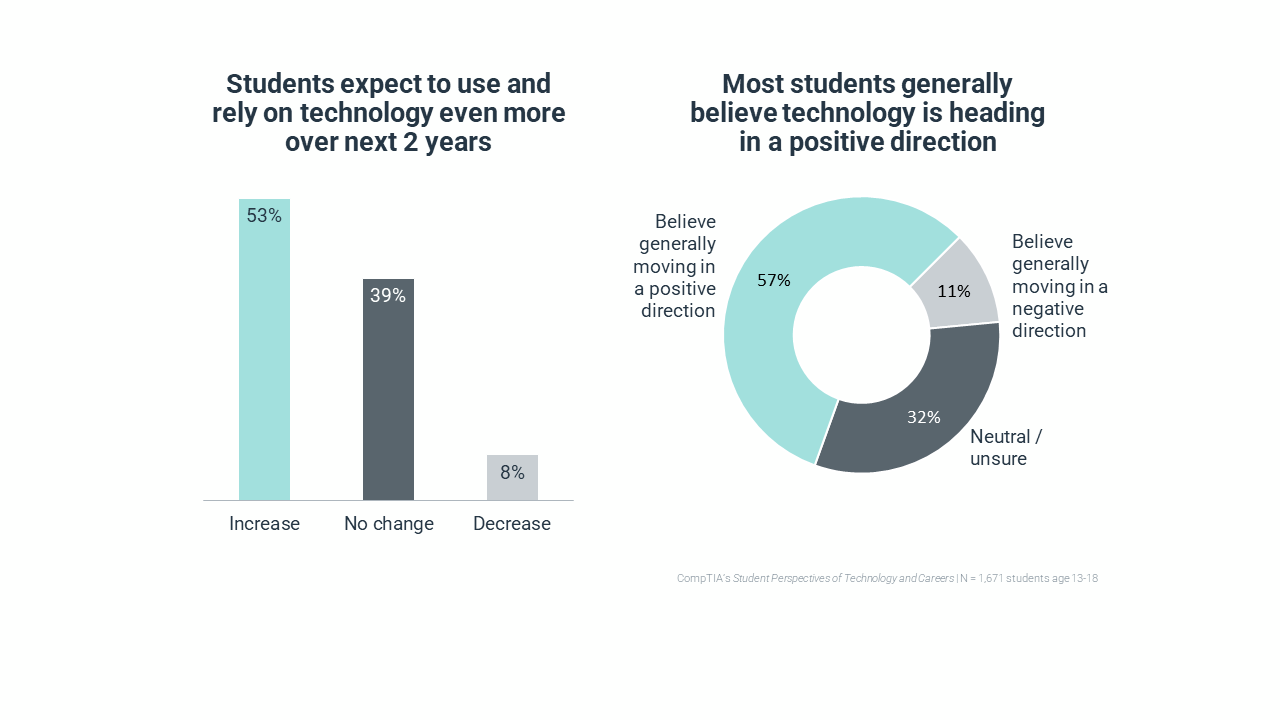 Six in ten students report being familiar with the automation trend and the potential impact on the future of work. Just about one in five (18%) know someone who has actually lost a job because of robotics/automation technologies. Teenagers are concerned about the impact of technology. Seven in ten are concerned about the impact of automation on their future jobs. 7 in 10 students expect to need additional training due to automating technologies 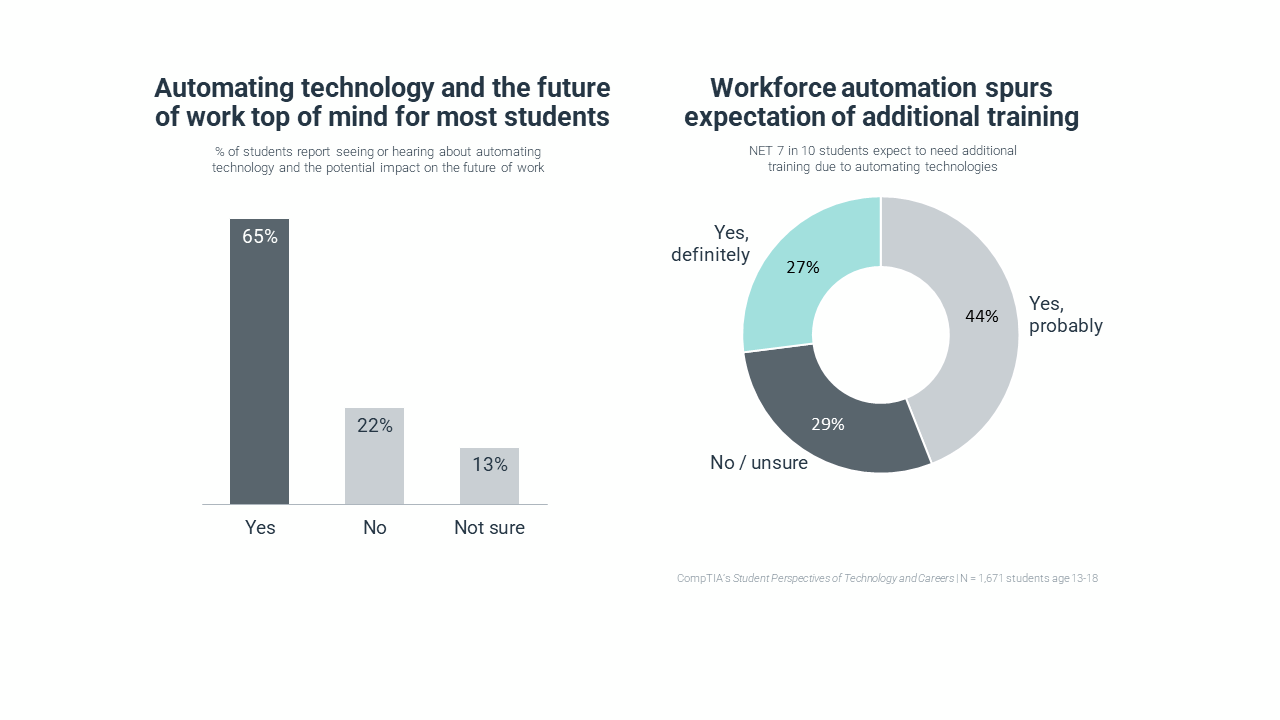