Why the Metaverse Will Matter to IT Pros

Friday, January 7, 2022 | By Seth Robinson
As 2021 drew to a close, the buzzword on everyone’s lips was metaverse. What does this mean for IT pros, when AR/VR comes into the office? 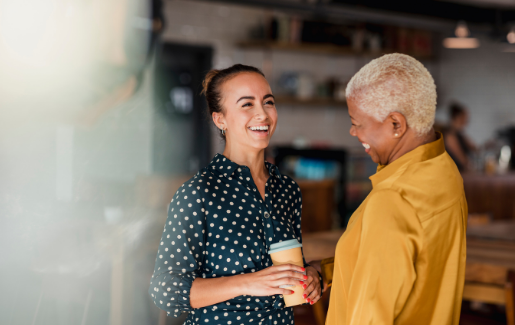 As 2021 drew to a close, the buzzword on everyone’s lips was metaverse. It had certainly been a while since the tech industry had a good trend to hype up (the focus on remote working or e-commerce during the pandemic didn’t exactly stir the imagination). The metaverse concept had been gaining steam throughout the year, but it really boiled over when Facebook announced its name change to Meta in October. After that, podcasts and thinkpieces started running wild with speculation on the possibilities.

One report that didn’t mention the metaverse was CompTIA’s IT Industry Outlook 2022. Since planning on that report started before the hype machine really took off, the metaverse trend was one that we considered but ultimately cut.

In terms of actionable forecasts, that still may prove to be the right decision. There’s a big difference between a buzzword and a workable initiative, and metaverse may not make the transition in 2022. Even so, IT pros will want to keep an eye on things and understand the potential implications.

Here’s a quick overview of why the metaverse is in the spotlight and what it means for IT pros.

To start, what exactly is the metaverse? In a nutshell, it’s online life. In many ways, most of us have already been living in the metaverse for quite a while now, as work, life and play have largely transitioned to the internet.

The reason more people are talking about the metaverse now is that the scales have tipped, and the center of gravity for most people has become online rather than physical. This general shift deserves further exploration, but for now the most tangible application in metaverse discussions is virtual reality (VR).

VR itself is obviously not a new trend. It’s been part of video game circles for years, and more recently it’s been a constant feature on watchlists of emerging technology. But with the metaverse, many are thinking that VR has finally found a killer app.

Ben Thompson, one of the top technology analysts out there, wrote about his shifting views on VR in the article “Microsoft and the Metaverse.”

Based on his experiences with Facebook’s Meta’s Horizon Workroom, he believes that VR may become an enterprise tool for allowing people to stay connected to work wherever they are.

“I now understand what CEO Mark Zuckerberg means when he talks about ‘presence’; there really is a tangible sense of being in the same room as everyone else, and not only in terms of focused discussion: something that is surprisingly familiar is noticing the person next to you not at all paying attention and instead doing email on their computer,” Thompson wrote.

Thompson acknowledges the current shortcomings of the technology, and in my testing, I ran into the same things. The battery drains quickly, it can cause headaches, and the headset is a pain to put on and take off. The first two problems will largely be solved with technology improvements over time. Thompson believes the final problem will be solved by the headset staying on all day.

In his vision, he sees headsets following the path of PCs: a tool that most people have no use for in everyday life, but one that companies adopt because it raises productivity. Once the technology problems are solved, people will enter the virtual workplace and stay there, doing daily work using the imported screen/keyboard and transitioning seamlessly to meetings that deliver feature-rich virtual environments.

It’s a compelling argument. But I don’t buy it.

Want to hear more about the Metaverse? Listen to the latest episode of CompTIA’s Volley podcast, Exploring the Metaverse, hosted by Seth Robinson and Carolyn April.

Let’s assume that all the technology problems get worked out and I could wear a headset all day, easily getting work done while also having the ability to check a phone screen (which, given the number of times I do this during the day, is an absolute requirement). The larger problem I see is the issue of immersion.

One 2021 topic that was even bigger than the metaverse was the Great Resignation. Both employees and employers struggled with how to return to work following the generational disruption of the pandemic

The resolution is not going to be quick – a significant number of people still don’t feel like they’re back to normal in their overall life, much less their work arrangement – but there are clearly going to be some changes. The main driver for change is individuals trying to maintain the flexibility they gained when the offices were closed. In other words, people want to be less immersed in work.

Work–life flexibility is about more than skipping the commute and wearing pajamas at home. It’s taking conference calls from the car or getting laundry done or helping the kids with homework. None of these things can happen with a headset strapped on.

However, that doesn’t mean we’re stuck with the current setup. Thompson said that before his recent shift to VR, he believed that augmented reality held more promise. I think he might have been too quick to jump ship.

Basically, the world that Thompson is describing is Ready Player One. Put on a headset (and maybe a lot of other equipment), and you’re completely living in a virtual world.

Personally, I’m thinking of another movie. There’s a scene from Avengers: Endgame where the heroes are having a conference call with the UN, and the UN is present in hologram form. It’s a huge step up from a video call, and it doesn’t require the user to leave their physical environment.

Is it a bit of a leap? Maybe. But it doesn’t seem out of the question, and the beauty of AR is that it blends online and physical worlds, which seems like a more likely evolution for the metaverse.

It’s nearly impossible to guess how things will play out. It’s doubtful that either path will see any real adoption in the next 12 months. But if either scenario plays out, the takeaway is the same for IT pros: there’s going to be a lot of hardware involved.

In the VR path, companies would be buying headsets for the workforce. This would create a whole new category of endpoint devices for IT pros to provision, secure and support.

For the AR path, the play would involve cameras and projectors. Setting up conference rooms would come first, followed by consumer-level devices.

The investment in either one would be substantial, as would the ongoing work to make sure the investment leads to productivity.

The metaverse, like so many trends before it, is sure to induce eye-rolling. But the trick with these trends is that you never know which ones will actually take off. Especially as companies consider the best way to serve a changing workforce, paying attention to the VR/AR possibilities of the metaverse will help IT pros be prepared for whatever might come.