Monday, January 7, 2019 | By Eileen Ristau Tauchman
Have you considered moving to a completely new city where you can thrive in your career and enjoy the lifestyle too? Check out our list of the best towns for IT pros that are not only great places to live, but also great place to work in the technology field. 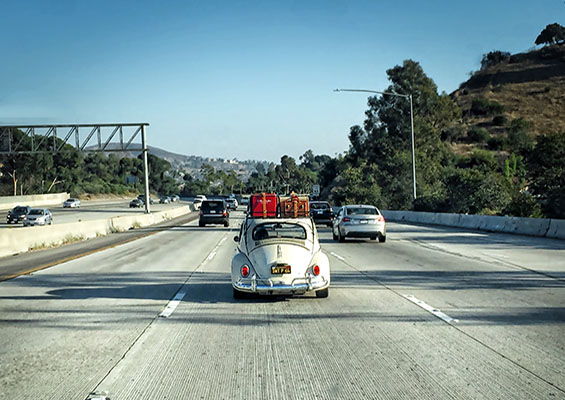 Have you considered moving to a completely new city where you can thrive in your career and enjoy the lifestyle too? We’ve compared the recent CompTIA Tech Town Index with U.S. News and World Report’s Top Places to Live and have found some significant overlap that makes these towns not only great places to live, but also great place to work in the technology field.

U.S. News and World Report analyzed the 125 most populous U.S. metropolitan areas to find the best places to live based on good value, desirability, a strong job market and a high quality of life.

Based on job posting data over a 12-month period (August 2017 to July 2018), the CompTIA Tech Town Index looked at 20 U.S. metropolitan areas with populations greater than 250,000, where demand for tech workers is greatest. The cities were then ranked based on cost of living, number of open IT positions and projected job growth over the next 12 months and the next 5 years.

Without further ado, here’s our list of the 7 best U.S. cities for IT pros to live.

The 7 Best U.S. Cities for IT Pros to Live and Work

If you enjoy outdoor activities, a delicious and fun food scene, and live music, then Austin would be a great place for you to live.

Colorado Springs may not be the most notable city in Colorado, but it packs a punch with desirable living qualities. As you can see from the facts in the table below, Colorado Springs has a low cost of living. One thing that numbers don’t show is how beautiful Colorado Springs is. With mountain views and mild weather, this town would be a great place to call home.

Between August 2017 and July 2018, there were more than 8,000 technology jobs posted in Colorado Springs, and that number is estimated to grow 5% over the next 5 years. Colorado Springs IT pros are making similar salaries to those in other Colorado cities on our list (a median salary of $90,438), but the cost of living is lower than rival cities Boulder and Denver.

Another Colorado city on our list is Denver. With more than 300 days of sunshine a year, the mile-high city is attractive to residents that enjoy fitness and nature, with many places to enjoy the outdoors and hike. The population in Denver has continued to rise the past few years, and that doesn’t seem to be slowing down anytime soon. Shown below, the median home price is affected by this population increase.

Denver’s cost of living is 13.7% higher than the national average, and workers get paid $5.15 more per hour. Colorado also has one of the United State’s lowest unemployment rates – especially in IT! If you have experience as an IT engineer or software developer, Denver would be a great place for you. There are huge shortages for those specific in-demand roles.

Two of these cities also made our list of the best Tech Towns for IT pros who love food.

And here are four Tech Towns with great weather.

The city of Des Moines may not jump out at you as an area with a ton of attractions, but it is a great place to live, work and raise a family. There are lively cultural events, small businesses to shop at and locally owned restaurants that make this town tight knit.

With a median annual salary of $80,642, IT pros can live comfortably and enjoy the area’s small-town vibe and family-friendly features. Add to that one of the lowest average commute times, and it makes sense why Des Moines made both lists.

Huntsville is the fastest-growing metropolitan area in Alabama. The residents in Huntsville are among the most educated in the state, and a large portion work in engineering. Huntsville is home to the U.S. Space and Rocket Center, which is one of its largest attractions.

Along with engineering and space, Huntsville is a major tech center – in fact, this city is the third most technical workforce in the country! There were 10,000 tech jobs posted from August 2017 to July 2018, and that number is projected to grow by 4% over the next 5 years. These numbers don’t completely stack up to some of our other Tech Towns, but tech pros in Huntsville are making a median salary of $91,998 a year! Combined with the low cost of living, you’ll get the most bang for your buck in Huntsville.

The nation’s capital represents another great city in which to work and live. History buffs can find their happy place checking out the city’s museums and cultural landmarks. The extensive public transportation system here helps bring in workers from the surrounding suburbs, which is important because the cost of living in D.C. is very high but tends to decrease as you move further away from the city.

If you are looking for a new job, based on openings alone, look no further than D.C.! There were more than 170,000 open positions from August 2017 to July 2018, and that is expected to continue to grow 4% over the next 5 years. This city boasts some fun facts – Forbes ranks it #1 for women in technology, and it has one of the most diverse technology workforces in the country.

Foodies, sports fans, nature lovers and art aficionados can all get along in Seattle! This town has it all, but it does come at a price – the median home price is the highest of all the other cities on this list. But as the home to major tech companies like Amazon and Microsoft, this is a great city for IT pros.

The average annual salary is $61,170, but tech workers in Seattle make an average income of $109,741 per year, well above the general average. This is altered for the high cost of living, but as an IT pro you will still come out on top. And with 67,579 job openings from August 2017 to July 2018 as well as 11% projected job growth over the next 5 years, it’s a perfect time to be an IT pro in Seattle!

Our best U.S. cities for IT pros to live, work and play give you options across the country. And if this diverse list doesn't hit the mark for you, there are 13 more cities in the CompTIA Tech Town Index that offer great opportunities to IT pros.