Moving From the Defender’s Dilemma: A New Perspective on Pen Testing

Wednesday, October 10, 2018 | By James Stanger
The “act like a hacker to stop the hacker” approach just really doesn’t work. Neither does the "quarterly compliance" pen test. You need to turn your attention away from fear-based defender’s dilemma thinking to a proactive, more useful approach: Focusing on the attacker’s dilemma. 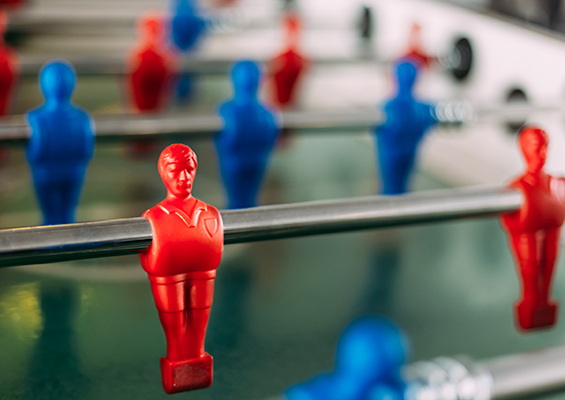 I got a professional two-fer kick in the head the other day. Or, is that kicks in the head? It involved discussions about the real use of the pen testing team. Let me explain.

The first came as I was discussing with Tim Crothers, the vice president of cybersecurity at Target, the most important reason to use a pen testing team: To improve the blue team, and create useful, meaningful metrics. We were talking about how the “act like a hacker to stop the hacker” approach just really doesn’t work. Neither does the "quarterly compliance" pen test.

Instead of improving security, simply doing pen tests for compliance reasons or because it’s going to stop the hacker leads to a whack-a-mole approach to cybersecurity. Instead, you use the pen tester/ red team” to give the blue team a chance to improve its security controls.

Those controls could be any number of things, including security information event management (SIEM) tools, an intrusion detection system (IDS) or log monitoring tools.

Why Security Solutions Aren’t Working, and Adopting the Right Perspective

You see, most organizations still worry about how one vulnerability can lead to a catastrophic attack. That’s the defender’s dilemma: All it takes is one attack, and your entire company is compromised.

That’s not a useful perspective, really. It’s irredeemably fear based, and it’s a perspective that just doesn’t work well when you’re trying to build a sophisticated, comprehensive security approach.

So, Tim and I then turned our attention to talking about the importance of finding indicators of compromise and how the more you focus on the hacker kill chain (for lack of a better phrase), the more you’ll turn your attention away from fear-based defender’s dilemma thinking to a proactive, more useful approach: Focusing on the attacker’s dilemma.

The Attacker’s Dilemma: The Better Perspective

As an attacker pursues targets and takes steps along the hacker’s lifecycle/kill chain, all it takes is a single alert to reveal all your activities. That would completely halt the entire operation. This was quite the revelation – or kick in the head – to me, because it was so simple: The cybersecurity industry has known the hacker lifecycle/kill chain for decades. Yet, it has completely failed to look at the lifecycle from the right perspective.

Less than a week later, I got another kick to the head. On the second occasion, I was talking with Chris Hodson,a chief information security officer (CISO) in London. We were discussing how new developments in multifactor authentication (MFA) and two-factor authentication (2FA). We were discussing advancements in privileged access management (PAM), biometrics, 24x7 monitoring, micro-segmentation, and managed detection and response.

“But, none of these things is really going to work unless we focus on what the hacker is doing,” he said.

“You mean, focus on the attacker’s dilemma?” I sheepishly stated.

“Well, call it what you want, mate,” Chris said and then went on to explain how you can end up spending millions on the wrong solutions, unless you use the red team correctly.

If you focus on the kill chain or the hacker’s dilemma, it’s possible to really hone in on the risk faced by your organization. We’ve heard for decades, now, about how you can calculate risk:

But that’s such an academic, dry way of looking at cybersecurity. I find that if you focus on the kill chain and then consider how your own company uses networks and computing resources, you can very quickly identify the most at-risk resources.

As the red team and blue team focus on the attacker’s dilemma, they identify the interstices on the network, or the hard-to-reach places where one technology connects with another.

Here are a few examples of interstices:

I couldn’t help but bring up Edmond Locard, a fairly obscure French guy who died just after I was born, and his concept of the Exchange Principle.

Focusing on Indicators of Compromise

Even though Locard lived in a pretty much pre-internet world, his points help us focus on the attacker’s dilemma: When a crime is committed, the perpetrator will bring something to the crime scene and will leave something behind.

By focusing on the attacker’s activities, the blue team and other workers can better map controls to indicators of compromise. We can do a much better job of using the red team to help create useful cybersecurity metrics.

The conversations I had with Tim and Chris were really pretty good kicks in the head. They really helped crystalize the importance of focusing on the actions of the attacker. Think of it this way: There’s no real way to get any real metrics unless you first focus on the right things. At RSA 2018 in San Francisco, we saw more than 6,000 cybersecurity vendors. I mean, that’s insane – how do you make any sense of that? Well, focusing on the attacker is a great way to start.

See how your skills fit into cybersecurity with our quiz, Are You Red Team or Blue Team?