Linux and Cybersecurity: Your Linux Skills Can Help Protect the World’s Data

Wednesday, April 10, 2019 | By Oliver Bailey
While Linux has long been prevalent in cybersecurity on routers and hardware firewalls, there are new groundbreaking opportunities that have emerged, and many more that are now in their infancy will be emerging over the next several years. 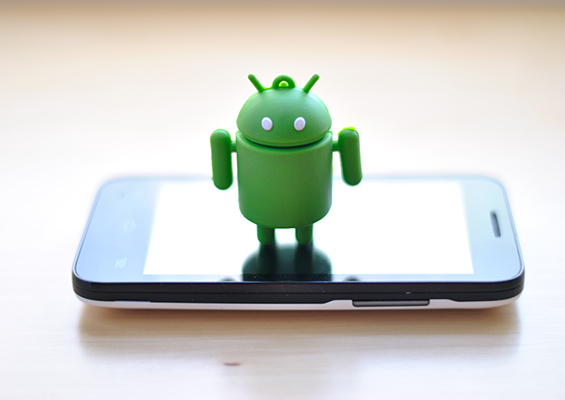 While Linux has long been prevalent in cybersecurity on many routers and hardware firewalls, there are new groundbreaking opportunities that have emerged, and many more that are now in their infancy will be emerging over the next several years.

A Fresh Perspective on Linux and Cybersecurity

Faster processors, RISC-based architectures and Linux will all factor into groundbreaking techniques to secure data and personal information. With tiny Linux systems embedded into Internet of Things (IoT) servers that can disappear in the palm of your hand, there is dedicated hardware at both the client and server side.

To protect these devices, the networks they attach to and the data they deliver, the development of new security practices and techniques is the only way to assure the safety and security of these device-based networks.

Often, it’s an end user, administrator or operations professional who finds an anomaly that leads to the discovery of an intrusion. But with Linux-based device networks, the intelligence will have to be developed into the network hardware to find those anomalies through protocol and data validation or machine artificial intelligence (AI).

Securing a network from prying eyes and developing the intelligence to detect and counter those attacks will be necessary to prevent breaches that may be short but could expose large amounts of vital data to compromise our everyday way of life.

As we gain the ability to hand intrusion detection off to a penetration monitor, the need for protocol development of encrypted messaging and the development of AI-based systems that can recognize and adapt to new intrusion techniques will become a much bigger field.

Protecting the Internet of Things

IoT is one of the fastest-growing market segments for people skilled in Linux and an area where cybersecurity programs are quickly gaining a very big momentum. It covers everything from home security systems to large-scale power and pipeline control systems, with thousands of IoT systems in between.

The scope of the opportunities in this field are growing daily. Developing high-performance security to protect data and devices from prying eyes adds a new flavor to existing penetration and security testing programs.

Since Linux is already the driving force behind the embedded appliance controller, communications transport and embedded servers that manage these devices, IT pros who know Linux have an edge when it comes to growth into and within this field. Security communications engineers, security administration and even security software development will all be growth areas that have previously been non-existent.

Embedded Linux is one of the hottest growth areas. The same Linux skills that have been used on servers or workstations can now be applied to a computer that fits in the palm of your hand using a small percentage of the resources that a server or desktop computer does. Imagine developing security systems on a computer that boots and runs from a microSD card that has less total memory and storage than that of a desktop computer.

New Opportunities in Traditional IT Areas

There are still plenty of Linux opportunities for those who wish to work in the more traditional IT environment. Automated security monitoring and audit systems will be in higher demand as the success of applied security AI becomes more widespread. The same techniques will be used to monitor and apply safeguards to the systems we use every day. These systems will quickly recognize suspicious activity and breach attempts.

Jobs in developing monitoring techniques, countermeasures to address the threat of immediate breaches or securing data quickly in the event of a breach will all be high-growth areas. And recognizing these attempts earlier will be much more important to securing a system once a breach attempt has been detected.

With the cloud replacing local storage, monitoring and securing large amounts of data moving between a server, workstation or laptop is vital. Being able to secure the containers or virtual machines where this data originates and keeping out prying eyes while it is being used or transported is becoming a bigger task than ever imagined.

Today, these systems require tremendous forethought and architecture, design and review processes from many points of view. Data used in a container or virtual machine environment needs to be secured in ways that were never thought of before.

More than 2.3 billion Android phones exist in the world today. Android is a graphical user interface (GUI) that runs on top of only one operating system – Linux. The market for Linux security analysts and developers for the Android phone market alone is growing at a very fast pace. While the global Android market is expected to slow over the next few years, new phone hardware and communications systems will keep the demand for skilled IT pros for a long time to come.

The opportunities for using Linux in the area of security will continue to grow for years and decades to come. These are just a small sampling of the growth areas that exist today. As devices become smaller and smaller, new uses will arise – the sky is the limit. With Linux on so many platforms and so scalable, there is no place that Linux isn’t. Linux is everywhere, and validating your Linux skills with CompTIA Linux+ opens many doors for your cybersecurity career.

Download the exam objectives to see what skills are covered by the newly updated CompTIA Linux+.