How Ethical Theories Apply to IT Professionals

Tuesday, June 27, 2017 | By Lou Berzai
This is the first in a three-part series on ethics in IT by 1991 AITP President and Notre Dame Faculty Member Lou Berzai, CSP, CCP. 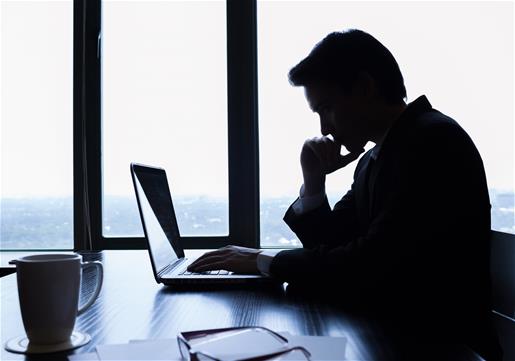 Editor's Note: This is the first of a series of articles on Ethics from 1991 AITP President and faculty member of the University of Notre Dame, Lou Berzai, CSP, CCP.  This article was a paper from some theories discussion in Lou's ethics classes.

Here are the other two articles:

Because of its fast-paced, continually evolving nature, the field of computer technology is one that is often difficult to assign a specific moral code. However, it is critically important that a set of ethical values be established for computing because it is an area that is susceptible to various kinds of indiscretions. In order to do so, one must look to the ethical theories that form the foundation of morality across all disciplines and professional fields. Before attempting to solve the ethical dilemmas relating to computing, one must determine which ethical theory should be applied to various situations. But even prior to that, one must understand what an ethical theory is and why ethics are needed in today's society.

To begin with, ethics are the standards for evaluating conduct. They determine proper and improper courses of action and indicate that only the proper courses should be followed. Therefore, ethical behavior is behavior that is intrinsically the right thing to do. Ethical theory provides a basis for all these things. It "provides a framework for (1) getting at the underlying rationale of moral arguments, (2) classifying and understanding various arguments, and (3) most importantly, defending a conclusion about what is right or wrong.” (Johnson 6)

Thus it seems ethical theory should be the basis of all human action. Rules in society must be justified, and it is ethical theory that both provides the rules and the justification because the aim of an ethical theory is to "find the basis for saying that people have an obligation to behave in a certain way, or that it is wrong for someone to behave in a certain way.” (Johnson 7)  Relating this to business terms, ethical actions uplift a company, while ethical wrongdoing hurts company morale and damages relations. Many times, these wrongdoings come as a result of computerized indiscretions. That is why it is so important that companies establish an ethical code for the use of computer technology based on ethical theory.

Often times, people feel that what is legal must also be moral, but this is not necessarily the case. Companies must distinguish between the two. A company should define what it considers to be moral and establish a moral code that is consistent company wide. Ethical theory is absolutely necessary because general rules are not always sufficient, moral decisions must be justified, and conventional morality is not always correct. (De George 51 – 52) However, there is no one completely satisfactory ethical theory.

The basis of ethical theory comes from Kant's categorical imperative, which states, "people should behave in such a manner that if everyone else acted the same way, everyone would benefit.” (Guy 12) Ethical theory looks to benefit the whole of society. There are two basic approaches to ethical theory: 1) the teleological approach, or consequentialism and 2) the deontological approach.

The teleological approach assumes "that the moral worth of actions is determined solely by the consequences of the actions.” (Guy 12)  This approach is utilitarian in nature. Utilitarians believe that "everyone ought to act in ways which bring about the greatest amount of happiness for the greatest number of people.” (Johnson 11 – 12)  They feel that happiness is the ultimate intrinsic good, thereby making it the appropriate value upon which to ground a theory. Basically this approach asserts that a moral act is the one that produces the most happiness for all involved.

Because ethical theories enable one to get beyond intuitions and emotions, they can hold a very substantial position in the business world. It is important that one have a set of professional ethics because when one enters the work force, he/she enters into a complex set of relationships, each of which involves duties and rights. Four professional relationships are with one's employer, clients, co-professionals, and society. One must understand the moral rules that apply to such relationships.

Ethics are also important in this area because of the power that professionals have to affect the social and physical environment. Because of this power, "imposing obligations on them (professionals) to behave in certain ways is justified.” (Johnson 25)  Ethics and morality therefore play intricate roles in the modern business world, and particularly the area of computers.

There are five areas of which one must always be mindful: integrity, competence, responsibility for work, professional responsibility, and the advancement of human welfare. (Johnson 33) These areas are very important to the ethical theories previously discussed. If one upholds each of these areas in their everyday interactions, one may be confident that he/she is acting in a morally responsible manner. With these theories and concepts as the basis for everyday actions, one should be able to tackle difficult ethical decisions with confidence and zeal.