How Batman Could Defeat Superman, and What IT Pros Can Learn From It

Thursday, March 24, 2016 | By Matthew Stern
Batman vs. Superman: Dawn of Justice is coming to theaters this weekend, and fans will see DC Comics’ most famous tech-savvy vigilante take on the Man of Steel. Learn what tools Batman has in his arsenal that could match Superman’s unbeatable powers and what lessons IT pros can take from this comic book rivalry. 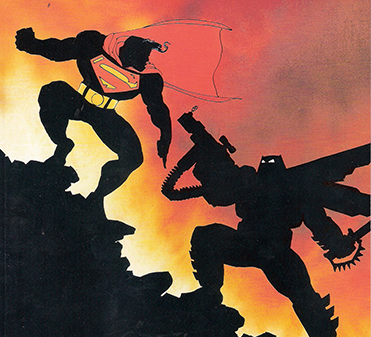 Grudge matches between fan favorites have been a staple of comic books and genre films since long before people talked about things like fandom. One can imagine the first adolescent pulp fiction fans sitting in their bedrooms orchestrating imaginary battles between favorite fictional characters who would likely never cross paths. Such conflicts have an eternal appeal, one that most likely has something do with what characters represent to the fans who champion them.

Now we live in an era where fan-favorite slugfests bring in big money at the box office. We’ve seen the snarling xenomorphs of Alien take on the masterful hunting tacticians of Predator. We’ve seen the wise-cracking haunter of dreams, Freddy Krueger, take on the lumbering juggernaut of Jason Voorhees (albeit without the benefit of the script the conflict deserved). In each film, the characters on either side of the divide each have their own thing fans can get behind. Brutality vs. skill. Cerebral fear vs. raw power. Such a phenomenon hits the big screen tonight; Batman v Superman: Dawn of Justice. And in this battle between good guys, IT pros may lean towards Batman’s cheering section.

Of course, IT pros may not like Batman, nor like Ben Affleck jumping into the Batman role this go-round. But there is a certain IT appeal to this battle. In one corner we have Superman, who is, other than his Achilles’ heel, kryptonite, basically an invulnerable alien. In the other corner there’s Batman; his humanity making him an underdog despite the limitless budget of a billionaire. Without any real superpowers, Batman uses high-tech ingenuity to take on evildoers.

So when we see Batman is taking on Superman, we’re asking ourselves – is it possible for things like tech knowhow to give an unstoppable force a run for its money? In the IT world, maintaining server uptime or handling a data migration often depends on extreme ingenuity in the face of a friendly but difficult if not seemingly unstoppable foe. With that in mind, let’s take a look at the ways Batman has beaten the odds throughout his comic and on-screen history, and the ways tech might help him face down the Man of Steel.

With Ingenuity and Teamwork

Long ago, when a special effects extravaganza like Batman vs. Superman was but a fan’s pipe dream, Batman did, in fact, duke it out with Superman, at the climax of Frank Miller’s highly acclaimed 1986 four-issue comic book miniseries The Dark Knight Returns. In the comic, Batman’s ally the Green Arrow shoots Superman with an arrow filled with synthetic kryptonite (while Batman goes at him with a tech-enhanced arsenal), evening the odds and letting Superman know there’s more to being a superhero than just super powers.

In this scenario, Batman assesses a seemingly impossible challenge, and, using a combination of the right tech and a well-orchestrated team effort to execute, he succeeds. It’s not a bad approach for, say, a potentially complex IT deployment or data migration.

With Good Intelligence and Research

In Tim Burton’s Batman from 1989, set in a timeless noir Gotham, Jack Nicholson’s Joker uses his chemical Smilex to adulterate beauty products and send the shopping public laughing themselves to death. Batman, however, stays one step ahead of the Joker. Between his two identities, he manages to discover the ingredients of Smilex and pass the word along to journalist Vicki Vale. He also uses such intelligence to know where his enemy will show up. Advanced intelligence gathering techniques would certainly help Batman in a protracted duel with Superman. For example, were Batman to discover Superman’s secret identity of Clark Kent while in Bruce Wayne guise but not show his cards, for instance, it could yield all sorts of tactical advantages against the impervious Kryptonian.

Likewise in the world of IT, it’s important to know as much as one can about a problem before diving in. Up-front planning can be the difference between smooth sailing and getting hit with an unexpected superpower somewhere down the road.

With a Blast of Sonic Energy

One of the most memorable images to the generation of Bat-fans who came of age with director Christopher Nolan’s Dark Knight trilogy is that of Batman’s sonic map of Gotham. Through the presumed use of a mobile virus, Bruce Wayne turns every phone in Gotham into a transmitter capable of sending out a high-frequency sonic pulse that assembled into one data stream allows him total surveillance of the city, putting him on Joker’s trail. It’s effective, though it’s a little hard to spin this one as a white hat endeavor, something even Batman acknowledges when he has Lucius Fox make the monitoring machine self-destruct after its one-time use.

Despite Batman’s promise that the machine was a one-off, one wonders if such crowd-sourced sonic energy couldn’t come in handy in taking on Superman. Superman’s super-ears control his equilibrium the same way they do non-humans. A city-wide sonic pulse might not put Superman out of commission, but it could send him into a nose dive (to the tune of a Gotham full of barking dogs).

The lesson for IT pros here shouldn’t be to infect whole cities with malware, but rather to approach a system with deep understanding and an off-the-beaten path mindset to come up with creative solutions.

Every on-screen depiction of Batman from Adam West onward has been gadget-heavy. But no previous depictions of the character touch the one-man CES that Batman is today. From haptic smart-clothing to cutting-edge surveillance equipment and transforming vehicles that rival Autobots and Decepticons, the modern Batman goes far beyond the grappling hook and into wired territory. One marvels (no pun intended) at what gadgets we might see Batman use in the upcoming film as he takes on Superman (and its filmmakers try to top modern FX). A one-man Batplane? A photon disruptor to shut off Superman’s heat vision? Big or small, we’ll surely see something cool.

In an increasingly mobile-oriented field, it’s essential to stay aware of the latest gadget trends, as using gadgets, managing gadgets and sometimes even using our gadgets to manage gadgets (albeit not Batmobile-sized ones) is a growing part of the field.

Through a Good Base of Operations

Batman’s Batcave is another element that has made an appearance in every incarnation of the character. It acts as a personal headquarters, a place for tech development and a spot to recover after getting knocked for a loop. Having a center for strategy is what ties it all together for Batman, and we’ll likely see him making good use of it when trying to plot out how to handle his beef with Superman in the new film.

For IT pros, a good base of operations is likewise a good starting point for facing any challenge. Whether it’s a cube, a server room or a home office, having all of your tools organized and in one place is key.