Friday, April 15, 2016 | By James Stanger
Doing business these days can mean living in a world of near-constant interruptions – little is routine. This challenges traditional project management, and makes managing your current focus much more important, as is knowing how to pause and resume projects or manage that micromanaging CEO. Project management isn’t dead, but it’s changing, and CompTIA is keeping pace with it. 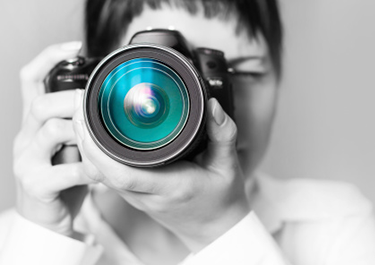 A couple of Saturdays ago, I helped my third kid, Joel, finish a project. Specifically, he needed to finish up a 150-hour project so that he could earn his Eagle Scout award. It was the last task he needed to do to complete his five-year long journey to Eagle. I was excited to see this 17-year old complete a fairly complex task.

Specifically, Joel created a project involving the planting of about 150 trees at the Chehalis Western Trail near where we live in Olympia, Washington. He was able to create a plan pre-approved by the local Scouting Office, which involved corralling quite a few adults, gathering many signatures, and accurately predicting the number of hours and people it would take to complete the plan. He got a group to donate 150 tree saplings. He obtained the materials needed to make sure that the saplings grow into trees, which included tree tape, rain mats, aluminum foil, bamboo stakes, shovels, gloves and rain gear. Finally, he organized 40 people to show up for four hours to properly plant the trees. He wrote a report on all this afterwards.

Here, Joel demonstrated the kind of project management capabilities that could get him a job. I was impressed he was able to create a plan and focus on it while graduating from high school early and moving on to community college – all while learning the Red Hot Chili Peppers song “Cabron” on guitar. But he didn’t do all of this without help. Besides my wife and myself, he had someone else.

A guy named Bob Marlatt helped my kid quite a bit. How? Well, he has the qualifications. First of all, he’s been a project management consultant for over 30 years. He works as the operations manager for the Washington Justice Information Systems, designing and managing all of the networked information technology systems for the police. He’s responsible for the proper functioning of over 25,000 network terminals. It’s his job to make sure that they all dance, work and play well together. He knows how to take a gargantuan project and turn it into something manageable. I figured that if anyone could get a bunch of folks together to help my kid plant a few trees, Bob was the guy.

Bob even showed up and helped plant the tree saplings a couple of Saturdays ago. I made sure to hang around him while we worked, because he always has great stories. He also has a good memory for processes, which I don’t. He had to help me lay down the black rain mat correctly. He had to repeatedly remind me of this.

He also told a great story about the importance of focus management. Yes, focus management. He said that earlier in the week, he and his direct reports were in a meeting where they were planning a new rollout of a database. They were discussing how to break down the database rollout into individual tasks. Specifically, they discussed the number of hours it would take to configure the database; the need for a dedicated team to create middleware; how long it would take to create redundancy solutions; and whether they needed to form a specific DevOps team for this project (or whether they were already that team and didn’t realize it).

In other words; project management stuff. As they were talking, they all noticed something happening outside. Across the field from them, a power transformer – one of those grey cylindrical objects up in the power lines – blew out with a loud bang. The lights went out in the room. Naturally, the conversation stopped abruptly, as people stood up to watch the sparks fly from the transformer.

Then, one of Bob’s co-workers said, “Well, when does the backup generator kick in.” Bob helps manage a large data center, which relies on quite a bit of power. When the power grid goes down for whatever reason, Washington has diesel generators that kick in on a moment’s notice. Such redundancy is standard in large data centers, and is especially important here in Washington, where wind storms and floods can bring down the power grid pretty quickly.

Still, no one was seeing any lights turn back on. Then Bob noticed something else: Instead of the usual smoke from the backup generators, he saw heavy black smoke coming out of the exhaust ports. Then, he started receiving texts on his mobile phone. So did his boss and a couple of their co-workers. The backup generators had failed. This made for an interesting late morning.

They were able make a switch from their generators to a third power source quickly enough. They had backups for their backups. Power was back on in no time, and they were able to complete their meeting later in the day.

What he said resonated with me, because here at CompTIA we offer the CompTIA Project+ certification. This certification is meant to teach anyone – inside or outside of IT – how to get a project going. Over the years since we first started Project+, we’ve noticed quite a few changes in how projects are run as we regularly work with subject matter experts to learn about project management trends.

Our Project+ certification is useful for people who are just getting started in the workforce and have recognized that they need to learn the essentials of what it means to have professional-level project management knowledge. While they aren’t the ones who will go and get PRINCE2 or PMI certified, they are still key players who need to know how project – and focus – management works.

Traditional practices (holding stakeholder meetings, gathering requirements, defining – and sticking to – scope) remain important. But there are new ideas. Specifically, how do you really keep projects warm on the back burner until everyone is again ready to give direct attention to the project? How do you keep projects documented properly so that they can be picked up again? What are some ways that you can help manage that micromanaging CEO?

One of the things that drives this new approach to project management is that we all are juggling more projects, events and information than ever before. Also, many of today’s CEO’s are convinced that the best way to run a company is to follow what I call the spaghetti rule. That means you get all sorts of projects going in the company pot like strands of spaghetti. You boil them long enough, then take some out of the pot and throw them against the wall. If one of them sticks against the wall, then you’ve got a successful initiative or product. If this is how many companies are run these days, then it’s important for project managers to be agile in their approaches.

Many different types of professionals need project management fundamentals in their lives. From providing necessary focus to setting up projects and then providing proper product closure, project management continues to be a vital skill that individuals need to have. After all, project managers provide leadership, rein in costs and keep things moving forward. Without them, chaos ensues.

Joel’s project went well. Everyone showed up (almost 50 people) and the clouds held their rain the entire time we worked – you should have seen the rainstorm that started later that day. Joel almost noticed the rain pounding on our roof as he worked on perfecting that Red Hot Chilli Peppers song. He’s learning more and more about exactly when and where to focus his time.