Wednesday, March 8, 2017 | By Matthew Stern
When Lester Fallin had to get a CompTIA Security+ certification to continue as a developer, he worried that even three decades in the field hadn’t prepared him for questions on infrastructure security. But CompTIA CertMaster got him up to speed and helped him better appreciate the full cybersecurity puzzle. 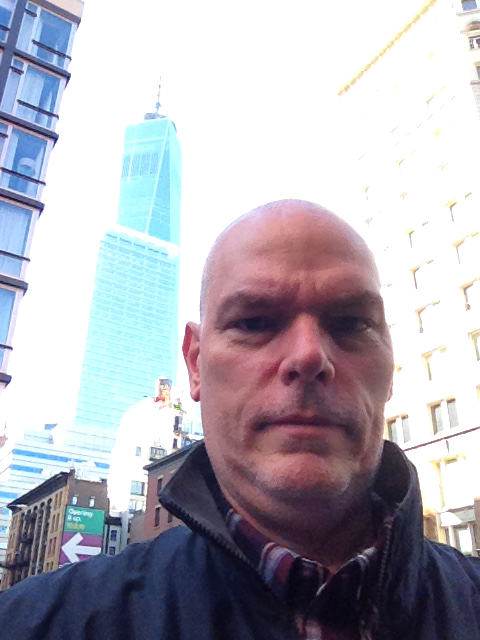 Lester Fallin, senior systems engineer at Enterprise Data Solutions, has spent more than 30 years creating the user-facing side of the online experience. Throughout his long career at various solution providers supporting the Navy, he has watched enterprise computing technology evolve dramatically, from the early days of dumb terminals and mainframes to today’s device-driven, Wi-Fi-enabled world. And at every step of that evolution, he has stayed on top of the skills needed to best build out, design and secure databases, interfaces and websites.

But during his tenure as a top-notch developer, rarely – if ever – have tasks, like securing network infrastructure, ended up in his hands. So, when word came down the pike that he needed to get his CompTIA Security+ certification to comply with U.S. Department of Defense (DoD) regulations to continue working with Navy-related clients, the prospect of taking the exam was keeping him up at night.

“I was worried to death about taking this thing,” Fallin said. “I feel like I'm a person that handles stress pretty well, but man, this thing. It was as daunting a thing as I've ever had to go and do.”

The pressure was on and the stakes were high. When it came down to it, Fallin’s career was on the line. He hadn’t taken a test in a long, long time, and he had to master a great deal of material that had existed purely on the periphery of his job role for decades. All the what-ifs that ran through his mind didn’t make the challenge any easier. But one thing did help. That was CompTIA CertMaster.

With the CompTIA brand name attached to it, CertMaster struck Fallin’s team as an obvious choice for a study tool, and Fallin was not disappointed. He found that the tool’s gamified method of presenting information was head and shoulders above attempting to learn by rote. Instead of just committing facts to memory, CertMaster made him want to understand why he got questions wrong – to better his performance and to put together a working knowledge of how the full cybersecurity ecosystem functions.

“[CertMaster] really reinforces your understanding of the material,” Fallin said. “It wasn't dry. You can pick up a book and it’s just words on paper and that's all you see. You're sitting there reading it and you try to understand, but you're mind's drifting. The thing with CompTIA CertMaster Security+ is that you are constantly engaged.”

With CertMaster training in his corner, Fallin walked into the Security+ exam with a confidence he hadn’t expected. He took the exam and passed.

[CertMaster] really reinforces your understanding of the material. It wasn't dry. You can pick up a book and it’s just words on paper and that's all you see. You're sitting there reading it and you try to understand, but you're mind's drifting. The thing with CompTIA CertMaster Security+ is that you are constantly engaged.

These days, with test stress no longer hanging over his head, Fallin has been able to happily go on doing what he does best. But he has been thinking about things a little differently. Fallin has found the Security+ credential to be valuable outside of simply meeting his job’s requirement. With the benefit of decades of accumulated wisdom, he has recognized changes in the responsibility of IT pros that have come with new technology – changes that Security+ has helped him meet.

“I think part of it is that things are being streamlined, so you have to take on more responsibility than you did in the old days,” Fallin said. “In the old days, you had this group of people that did this, the next group did that and never the two shall cross paths. Everyone was kind of compartmentalized. Now you have to know a little bit of everything to be a better resource for your company or a better resource for your customer.”

Since getting his Security+, when Fallin is in a meeting about a site launch or database implementation, he sees the steps other parts of the IT team are taking to keep things secure all the way up to his part of the process. On his end, he’s still preventing potential SQL injection attacks and handling all the other web and database-oriented security necessities. But he also thinks about things going on in the background, like port use and network authentication, and can offer input to better assure across-the-board security for his company’s clients.

Fallin now has another CompTIA exam ahead of him, and he’s not nearly as stressed over it. He is already finding, as he prepares for the CompTIA Linux+ exam, that he already learned some of the concepts with CompTIA CertMaster Security+. In fact, he plans on going back and revisiting some of the Security+ material as he continues on in his career. He has watched the world become drastically more computer-dependent, and that has made security-mindedness a priority for everyone, whether they’re developers, IT staff or end users.

“The job is not easy anymore. People are always coming up with ways to break in, hack in, whatever the case may be. You've always got to be on your toes and always thinking and looking ahead,” Fallin said. “[CompTIA Security+] gives you a better appreciation for everything everyone does, not just your piece of the puzzle.”

Looking for help with your exam? Check out all of the available training options, including CertMaster.