Tuesday, July 25, 2017 | By Dr. Alan Zimmerman
No one likes criticism. But it's a fact of life. There's simply no way you're going to go through life without some criticism. 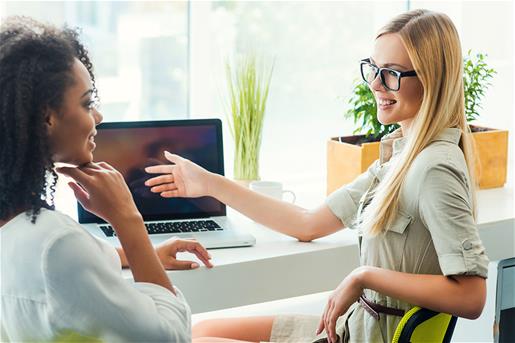 No one likes criticism. But it's a fact of life. There's simply no way you're going to go through life without some criticism.

1. Don’t shut down when you get criticized.

Just because someone calls you a name does not make it so. Don't automatically accept the other person's comment as absolute truth. And don't build a case against yourself.

Some people, when they get criticized, let it kick their self-doubts into high gear. A little voice from their negative past begins to say, "I knew it. I'm just no good at that, and I never will be."  I say, "Stop it!" That won't help you get any better. It'll just keep you stuck in a rut.

2. Resist the temptation to fight back when you get criticized.

It seems so natural to defend yourself or counter attack when you get criticized, but it doesn't work. You don't learn anything and you don't gain anything. The criticism simply escalates in intensity -- if you fight back -- inappropriately.

It's like the bumper strip I saw in Daly City, California. It read "You Toucha My Car, I BreakaYour Face." I knew the driver and her companion weren't being malicious and didn't need correction when I passed them and saw two nuns in full habit.

Or it's like the snappy woman at the airline ticket counter who was complaining about the delay in the departure of her flight. "Young man," she chided the ticket agent, "The way you people run this airline, a witch on a janitor's broom could get there faster." "Madam," the agent said, "The runways are clear."

Certainly, her comment was nasty and his response was clever, but I doubt that it helped either one of them --or their businesses -- long term. You've got to resist the temptation to fight verbal fire with more verbal fire.

The same can be said for marital situations. Counter attacks don't help the situation. As Rodney Dangerfield was disciplining the dog, his wife said, "The dog is right." Counter attacks just create distance. Rodney says his wife kisses the dog on the lips but won't drink out of his glass. So be careful of shutting down or fighting back when you get criticized. Neither one works.

As I remind the participants in my new program, The Power of Partnership:  7 Skills for Better Relationships and Greater Teamwork, “People who fight fire with fire end up with ashes.”

If you respond correctly to criticism, however, there is a lot to be gained from criticism. You just have to see the criticism as part of your education. As poet Robert Frost said, "Education is the ability to listen to almost anything without losing your temper or your self-confidence."

You'll realize the potential benefit of criticism if you…

4.  Look for the truth in every criticism.

And there's always some truth in what people say. After all, most people don't go around lying. When they're criticizing you, they're simply reporting what they see in you. They're reporting what might need fixing or improving.

Now I know some of you are going to say that some of the people around you are just plain strange. Their comments couldn't possibly have any truth in them. But I like the way Roger Rosenblatt puts it, "Just because the person who criticizes you is an idiot doesn't make him wrong." At the very least, a person's criticism carries the truth of how that one person sees you. So look for the truth in every criticism.

For example, a marital fight about which sofa to buy is probably not a fight about furniture. More likely, it's about who makes the decisions or whose preferences are more important. If you make the mistake of thinking the fight is about furniture, you'll have the same fight next week about dining room chairs.

Clarifying an issue may take some real digging. You may need to stop and ask yourself, "Why am I getting angry or defensive?" Or you may need to ask your critic what he's feeling, what prompted his criticism, and how your behavior impacts him.

Just make sure your clarifying gets you somewhere. Don't be like the man in the hot air balloon who realized he was lost. He lowered the balloon to shout at a man on the ground and asked, "Excuse me, can you tell me where I am?"  The man below said, "Yes, you're in a hot-air balloon, hovering 30 feet above this field."

The balloonist remarked, "You must work in information technology." To which the man on the ground said, "I do. How did you know?"

"Well," said the balloonist, "Everything you told me is technically correct, but it's no use to anyone."

The man below replied, "You must work in business." "I do," said the balloonist, "but how did you know?"

"Easy," said the man. "You don't know where you are or where you're going, but you expect me to be able to help. You're in the same position you were before we met, but now it's my fault."

That might mean giving yourself a cooling off period before you respond to the criticism. A few hours or a few days may give you the time you need to be more objective about the issues as you sort out the truth in your situation. After all, if you respond to the criticism by saying some things you later regret, you're somewhat stuck. Even if you say you're sorry, the other person will always wonder whether or not you really meant what you originally said.

Detachment doesn't mean you're cold or unfeeling. You just recognize that you and the other person are two separate individuals entitled to different feelings and needs. The more you remember this, the easier it will be to remain calm and maintain respect for the other person.

As communications consultant Louisa Rogers said, in the early years of her marriage, she used to get annoyed at her husband when he talked about his fears. She would accuse him of overreacting.

She said she realizes now that she responded that way because she lacked a strong, separate sense of self. His fears became her fears. His insecurities made her insecure. Her choices, as she saw them, were either to deny his fears by getting irritated with him, or adopt his fears wholesale. Because she lacked detachment, she couldn't listen to him and allow him to have his feelings.

As a best-selling author and Hall of Fame professional speaker, Dr. Alan Zimmerman is focused on "transforming the people side of business." His keynotes and seminars are noted for high content, high energy, and high involvement that transform people's lives and the companies where they work.

Reprinted with permission from Dr. Alan Zimmerman's Internet newsletter, the 'Tuesday Tip.' For your own personal, free subscription to the 'Tuesday Tip' ... along with several other complimentary gifts, go to www.DrZimmerman.com.