Wednesday, July 10, 2019 | By Patrick Lane
Over the past six years, the internet has gotten more dangerous, and organizations can no longer rely on traditional security tools to protect their networks. They need skilled IT pros to complement the security offered by firewalls and software. 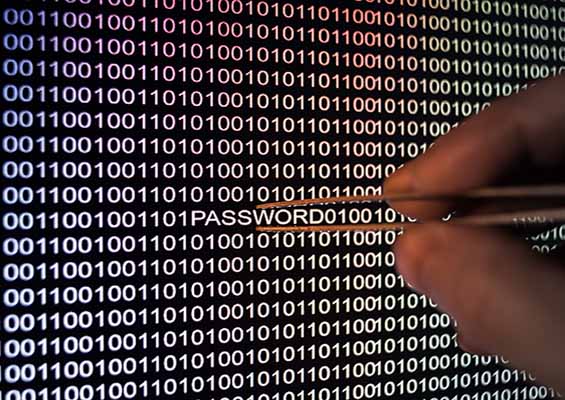 The IT security world changed forever in 2013. Some believe that’s when the bad actors got as smart as the good ones. Others say it’s because the dark web provided easy distribution of powerful hacking tools to the masses. Regardless of the reason, the internet got more dangerous. Because of this, organizations could no longer simply rely on traditional security tools to protect their networks – they need IT pros with a new set of skills to complement the security offered by firewalls and software.

Increased Cybersecurity Breaches and the Advent of the Advanced Persistent Threat

Characteristics of an Advanced Persistent Threat

For example, a victim may be fooled into double-clicking an email attachment with malware, which connects to a command-and-control center. The hacker controls the system, lurks on networks for days or months, finds valuable targets and exfiltrates them.

Software developers were basically unwilling to wait for the Apple site download times, so they were tricked into downloading from the third-party sites. Unfortunately, all software developed and uploaded to the Apple store with the hacked SDK was malicious.

The Apple SDK hack was effective and well-coordinated. Bad actors took advantage of an opportunity – the slow Apple SDK download site. Third-party distribution sites around the world promoted the SDK malware as a legitimate software package. If the software had been tested by a penetration tester or a cybersecurity analyst for vulnerabilities, the problem would have been identified immediately.

Read more about how cybersecurity analysts and penetration testers work together to provide offensive and defensive cybersecurity.

Are You Red Team or Blue Team? See How Your Skills Fit into a Cybersecurity Career

The Value of Cybersecurity Analysts

In the past, perimeter network solutions such as firewalls were adequate. Firewall rules were set, and bad network traffic was blocked. Antivirus software was installed, and malware was contained.

But traditional security tools alone can no longer protect networks. While they are still required, cybersecurity analysts play a critical role in robust cybersecurity strategies.

The intermediate-level job role of cybersecurity analyst addresses the above capabilities and the following skills:

Cybersecurity analysts filter network traffic in real time to find bad behavior. For example, if a temporary account with administrative rights downloads sensitive information, the threat should be identified and managed. All cybersecurity professionals need these skills.

One of the biggest dilemmas for cybersecurity analysts is, “How do we identify an APT once it breaches our systems?” I worked with a cybersecurity analyst in Austin, TX, who identified anomalies on a network that indicated bad behavior. When he checked the security information and event management (SIEM) solution, he found 90,000 high-risk security alerts in one day.

How can one person review 90,000 security alerts in one day? They can’t – unless they have help. The cybersecurity analyst solved the dilemma by reconfiguring the SIEM to produce fewer alerts.

For example, adding in simple checks to verify the destination computer and its reliability rating can reduce 50% of false positives. Why? If the APT is attacking a hardened, secure system immune to the specific attack, the alert can be downgraded or removed.

Information security analysts saw an 8% bump in growth over the first three months of 2016, according to the U.S. Bureau of Labor Statistics (BLS), marking the fastest-growing job role in BLS history.

How to Become a Cybersecurity Analyst

The cybersecurity analyst role is not an entry-level position. If you are new to IT but have your sights set on becoming a cybersecurity analyst, consider gaining general IT experience first in jobs like help desk technician, technical support specialist and systems administrators. You need to understand how the network operates before you can begin protecting it. In these types of roles, you’ll still learn cybersecurity skills and gain experience that will benefit your career later on.

Ready to get started? Download the exam objectives for CompTIA Cybersecurity Analyst (CySA+) for free to see what's on the exam.

Patrick Lane, M.Ed, Network+, MCSE, CISSP, directs cybersecurity certifications for CompTIA, including Security+, PenTest+, CySA+, and CASP+. He assisted the U.S. National Cybersecurity Alliance (NCSA) to create the “Lock Down Your Login” campaign to promote multi-factor authentication nationwide. He has implemented a wide variety of IT projects, including an intranet and help desk for 11,000 end users. Patrick is an Armed Forces Communications and Electronics Association (AFCEA) lifetime member, born and raised on U.S. military bases, and has authored and co-authored multiple books, including Hack Proofing Linux: A Guide to Open Source Security.