Monday, April 20, 2020 | By Seth Robinson
Businesses continue to wrestle with disruption from COVID-19 and to maintain operations, they've had to move quickly. In many cases, this has prioritizing digital transformation activities, or even beginning those activities earlier than expected. 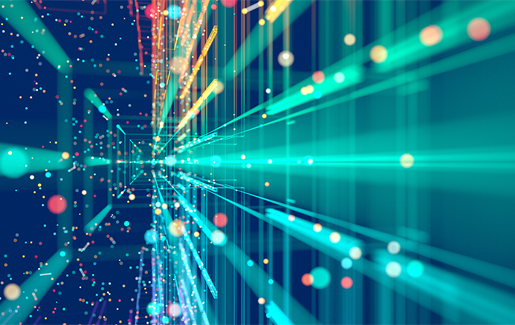 Businesses everywhere continue to wrestle with the disruption that stems from the global COVID-19 pandemic. While stimulus efforts are happening in many regions, those efforts only provide a small amount of relief for companies struggling with major challenges. The steps being taken to curb the spread of the virus have impacted many business models, and the ripple effects on spending are moving through the whole economy.

In order to maintain operations, companies have had to move quickly. In many cases, this has meant elevating the priority of digital transformation activities, or even beginning those activities earlier than expected. Digital transformation has been a hot topic over the past five years or so, but there have still been different approaches as each company has their own culture around technology adoption. All of a sudden, innovation has become a matter of survival and not just a goal for the future. Here are four ways that businesses have accelerated digital activities as they deal with this unprecedented threat.

Making sure that “work anywhere” is truly possible across the entire workforce.

A previous blog post looked specifically at steps companies were taking as they went through an immediate shift to remote work. Of course, remote work had already been happening. Businesses were steadily embracing remote workers as a method for finding scarce talent or reducing real estate overhead. But the forced move to remote status for a majority of the workforce shed some light on unresolved issues. Organizations have quickly made investments to address immediate technical needs, and they have been more purposeful in building methods for keeping everyone engaged. Most firms will likely not stick with fully remote staff once the restrictions start lifting, but they have at least started building better capabilities for those who remain at home offices.

Cloud computing has lost some of its luster as a technology topic. That’s what happens when something moves from being a shiny new emerging technology to an established operational model. But being out of the spotlight doesn’t mean that all the cloud questions have been answered. CompTIA’s cloud research has defined four stages of cloud computing, where the latter stages move beyond application migration to fully integrate systems and create new workflows. These activities can lead to some bumps in the road as processes are redefined, but the payoff is greater streamlining and capability for automation. With processes already being disrupted and resources getting more constrained, these benefits have become more appealing.

Sometimes security threats start small and become more significant as the threat opportunity grows. A good example is issues with mobile devices, since those devices started out as simple communication tools and evolved into widely adopted computing systems. Sometimes, though, a new threat materializes overnight. With COVID-19, attackers leaned on previous techniques in phishing and social engineering along with the added element of fear and stress. Individuals who might have been suspicious of an email requesting their banking information were less suspicious of an email offering outbreak mapping data. In this situation, immediate response is needed from a security team, providing targeted education or adding new configurations for security tools.

Embracing the scale of change needed.

Part of the reason that digital transformation efforts have been moving slowly is coded into the name—we’re talking about transforming an organization, not just adding some new tools. Certainly there is a cultural aspect to this, but there is an architectural aspect as well. New tools bring new capabilities, but they are limited without being integrated to other tools and without having the proper infrastructure. As businesses have been implementing video conferencing to replace travel or face-to-face meetings, they have also had to upgrade networks or build support options. Total cost of ownership has never been an easy metric to calculate, but as companies are becoming more strategic with their technology use, they are building an understanding that investments must go beyond individual devices or applications.

On a recent episode of Volley, my colleague Carolyn April noted that the companies that thrived after the 2008 economic turndown were the companies that did their best to look ahead and make the changes that would make a difference when the economy stabilized. Not every business is in a position to make investments for the future or even build strategy beyond the next day, but even capturing lessons learned can help drive better use of technology. When the crisis has passed, the economy will move forward again, and it will be more digital than ever.