What Is Ethical Hacking? 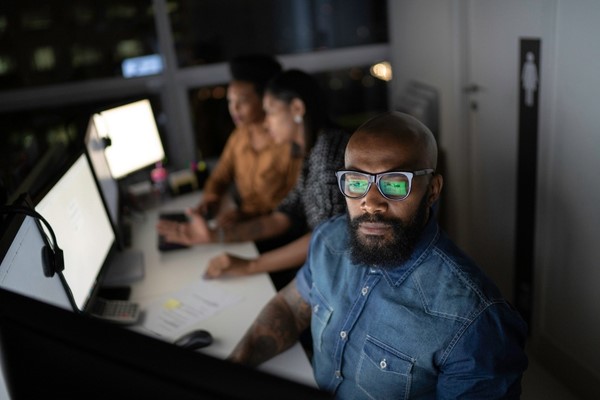 When many people hear the term hacking, it’s often correlated with cyberattacks. However, in today's technology driven world, there’s a group of cybersecurity professionals that essentially hack the hackers – they’re called ethical hackers.

The role of an ethical hacker is important within the cybersecurity industry. Ethical hackers are tasked with the knowledge, skills, and experience to perform risk assessments and test systems for security related issues. These tests are conducted against all possible security breaches, exploits and vulnerability scenarios that protect organizations from attacks.

According to the Bureau of Labor Statistics, the cybersecurity industry will only continue to grow in the coming years. Job projections for roles like cybersecurity analyst show a 33% increase in growth over the next few years. To learn more about types of hackers plus the tools, responsibilities, and certifications needed to become an ethical hacker, continue reading.

Using the term hacking or hacker usually has a negative connotation in its definition. Malicious hackers are often highly skilled in coding and programming, and modifying computer software and hardware systems to gain unauthorized access. However, not all hackers are created equal, and they’re not always cybercriminals.

Hacking consists of conducting technical activities with the intent of exploiting vulnerabilities within a computer system, network or firewall to obtain unauthorized access. It involves misusing digital devices such as computers, networks, smartphones and tablets.

The goal of hacking is to manipulate digital devices in order to cause damage or corrupt operating systems. It also allows hackers to collect user information, steal sensitive information and documents or perform other disruptive data related activities.

While hackers can be both ethical and malicious, most fall within three main types of hacking. These three main varieties of hackers are authorized, unauthorized and grey-hat hackers. Each type has different intents and purposes for their exploits. Let's explore each of these types of hackers and how they operate.

Unauthorized hackers, also called black-hat hackers, are malicious types of hackers. These hackers often use their technical skills and knowledge to seize control of computers and operating systems with the intent of stealing valuable data. Unauthorized hackers will utilize many methods to gain unauthorized access to computer systems and networks to steal sensitive organization or individual data.

Unauthorized hackers are often the criminals behind many significant data breaches and exploits. Most of them commonly use malware, social engineering and denial of service tactics to execute attacks against organizations.

Unauthorized hackers may act on their own, as part of a larger cybercrime organization or on behalf of an enemy nation-state. Most are motivated by reputation, monetary gain, or espionage conducted on both nation-states and corporations.

Authorized hackers are generally hired directly by companies or clients to test operating systems, hardware, software and network vulnerabilities. They will utilize their hacking knowledge, skills and expertise to help companies improve their security posture from attacks.

Authorized hackers break into systems to find vulnerabilities so that companies can patch their systems and mitigate potential cyber threats. They also conduct penetration tests as a part of their role. Penetration testing will expose the weaknesses in a network to test its security measures. It can also determine how vulnerable it is to attacks from malicious hackers.

A common concern within the cybersecurity industry is that when a grey hat releases an exploit, it makes it easier for malicious hackers to steal information and data from systems.

For instance, a group of grey-hat hackers identified and released a security gap in several models of Linux routers. This release resulted in updates for companies and individuals, allowing for closing that security gap. However, the exposure may have also resulted in many attacks on individuals and organizations because the exploit was released publicly.

Ethical hackers work with companies, the government and other organizations to identify potential vulnerabilities in their systems. This intel can be used to fix security issues and vulnerabilities before adversaries have a chance to exploit them.

There are several significant other ways that ethical hacking is different from malicious hacking:

Roles and Responsibilities of Ethical Hackers

Ethical hackers often have job responsibilities that go beyond lawfully hacking systems for security issues. The primary goal of an ethical hacker is to test and identify vulnerabilities in an organization's system and correct them.

Ethical hackers are expected to follow specific guidelines to perform hacking for organizations legally. These guidelines include approval from the system owner before executing the security review.

Some of the additional roles and responsibilities that an ethical hacker will have also include:

Many employers will require ethical hackers to have certifications in addition to their degree and experience. CompTIA PenTest+ and Certified Ethical Hacker (CEH) through EC-Council are among the most recognized industry certifications. They cover the skills and knowledge needed by experts in information security and ethical hacking.

Ethical hackers also need strong analytical skills, given that the work involves examining data to identify potential issues. Therefore, to break into this field, you must also have superior problem-solving skills, creative strategy skills and attention to detail. These skills are necessary, as ethical hackers must be thorough in their efforts to breach the security systems.

Regular re-certification is necessary to stay up to date with this industry. Continued education on the latest penetration software and industry recommendations can also be beneficial for ethical hackers in their careers.

A wide variety of tools on the market are used in the field of ethical hacking. Some of these tools include network scanners, penetration testers and more. Below are some of the most commonly used tools ethical hackers utilize in their roles:

Nmap: Is one of the most popular network scanning and mapping tools. Its built-in scripting library can scan for open ports and check for vulnerabilities. It can be used locally and remotely to monitor networks for security gaps. It can also be used on mobile devices and smartphones with root credentials.

Wireshark: Is a protocol analyzer tool that allows you to collect the data from a network without disturbing its ongoing operations. It helps ethical hackers test the network for security flaws. This tool is beneficial to ethical hackers trying to identify what kind of traffic the computer sends/receives while connected online. The only limitation to this tool is that the viewable packets are visible as long as they are not encrypted.

Burp Suite: Is an integrated platform for web security testing that includes proxy server, repeater and intruder mode. It also includes other tools such as Spider, Scanner and Intruder. This tool makes it easy for an ethical hacker to perform various tasks, such as detecting vulnerabilities in websites/web applications. The testing is done while maintaining a high level of security throughout their operation process.

Many ethical hackers need to be multifaced in not only thinking like a hacker but moving like one as well. They need to know how they operate, what they use, and the tools used to employ countermeasures against the system and network vulnerabilities – while remaining within the bounds of the laws and permissions.

Ethical hacking often involves many different facets of the information security field. This role requires a lot of knowledge and expertise, from coding and programming to penetration testing and risk assessment. There is a lot to learn within the ethical hacking career, but it’s a high-demand field that will only continue to grow the more technology is used in our world.

Get the skills needed for ethical hacking with the CompTIA Cybersecurity Career Pathway.