Security Awareness Training: Passwords Are a Pain – But They Are Critical to IT Security 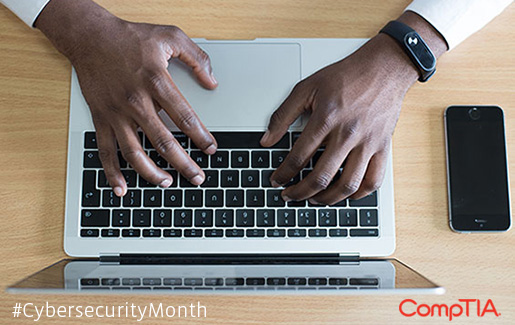 It might not sound like anything to be proud of, but the minimal risk employee is the ideal end goal: Not only do these employees understand, for example, what a phishing attempt is, they report it and communicate back, effectively become security advocates for the entire organization.

So how do we get to a minimal risk IT employee? That’s where end-user security training comes in. This is the first in a series of articles that will help you train your employees on IT security.

Before we move forward I want to set the expectation that the only way to completely secure a network is to close it off. And that just won’t work for anyone trying to communicate outside of the local area network (LAN).

The whole point of the internet is to be an open network, so we must accept that vigilance is, in fact, excellence. Your network will never be bulletproof, but the more advocates you create internally for IT security, the more your risk factor goes down.

Application isolation is a new trend in cybersecurity that grows each day, and the simple idea is that you are segmenting your apps away from one another. This is counterintuitive to the API marketplace phenomenon happening concurrently, which is driving a lot of software-as-a-service (SaaS) purchasing. Most organizations are not forward thinking or strict enough to practice application isolation or closed networks, so there has to be a compromise.

Malware attacks are so rudimentary these days that they are almost designed like drive-bys: They’re not even really targeting you specifically – they’re just spraying maliciousness around and hoping someone gets caught in the crossfire.

If you follow these rules, bad actors will most likely get discouraged and leave you to find an easier mark. Don’t be the sucker that gets hit by stray malware!

We all hate resetting our passwords every three months. As soon as you start to remember your password by heart, you end up having to reset it.

If you’re one of those IT shops that has decided the annoyance of a reset is not worth the result, I have news for you: you are the slower guy running from the lion.

You can’t afford to not change your password on key systems every three months. It would be like moving into a new house and keeping all the same locks as the previous owner.

So, what needs to be reset every three months?

Passwords to Reset Every Three Months

In addition to resetting passwords, make sure you are on the latest update of your firmware for routers and firewalls. More threat actors are exposing vulnerabilities in firmware than ever before because while cybersecurity has grown over the past few years, your routers may have been set up before we knew what a distributed denial of service (DDoS) attack or ransomware was. Make sure you are addressing legacy systems as a part of your password reset.

I’ll mention this again later because it’s really important, but don’t make exceptions for anyone on your staff to opt-out of your password policy, ESPECIALLY the executive team.

While executives may gripe about password resets more than any other group at your organization, they are the most frequently targeted group. We’ll talk more about the finance team in another article.

First, the don’ts. Avoid using the following in your passwords:

Try to avoid using common phrases in your passwords as well, such as these:

Now for the do’s. As far as password strength goes, it’s well known in 2019 that you should include the following:

The strongest passwords will have a combination of the following characteristics:

The Most Common Passwords

Just for fun, here’s a list of the most common passwords in the United States, courtesy of the National Cyber Security Center’s global breach analysis. Show this to your staff and warn them not to use these phrases and keywords. Also, if you have any of these as passwords, you should probably change them right now!

Set your policy on password resets for every 90 days following the guidelines above. Don’t buy SaaS unless it forces password resets and supports two-factor authentication. Be vigilant about the APIs your employees are asking for, and conduct thorough investigations. This is by far the easiest and most impactful thing you can do when it comes to IT security, and it shouldn’t cost you anything.

Put our security awareness training tips into action with the free guide, 7 Security Hacks to Use Now.

Check out the whole series on security awareness training: