Wednesday, September 8, 2021 | By Patrick Lane
Learn how pen testing and vulnerability assessment work together to strengthen a cybersecurity strategy, and how CompTIA PenTest+ can teach you these skills. 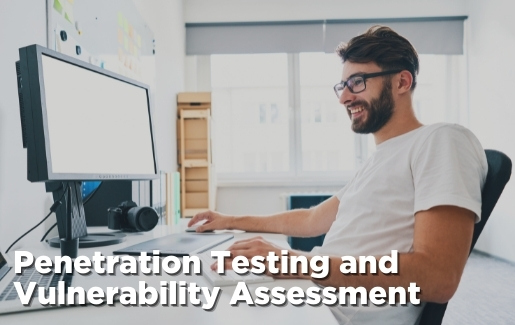 The majority of online articles describe the differences between penetration testing and vulnerability assessment. But the two are related and should always be considered together as part of an organization’s overall cybersecurity strategy. What happens when we view the processes together as a team sport?

The IT industry typically includes vulnerability assessment as one step in the pen testing process. But sadly, many vulnerabilities discovered are not mitigated due to patching incompatibilities or lack of funds. These types of vulnerabilities must be managed until the system is mitigated, often over long periods of time.

The Sports Connection: When Do You Call in The Defense?

The penetration tester is similar to a quarterback in American football. They engage in offense and must analyze the current situation to determine their next move. They must find a target and determine whether to pass, run or hand off the ball. And most importantly, they must determine when they are overwhelmed and when it is time to bring in the defensive team.

The vulnerability management team is usually a different team than the penetration testers and may include the following IT roles:

They are all network defenders, and their job roles will vary depending on the organization. But once the defenders take over the process, they must continue to work with penetration testers over time because new vulnerabilities are found every day.

Nearly one-quarter of the CompTIA PenTest+ (PT0-002) exam objectives (22%) focus on performing vulnerability assessment and management activities. This percentage is much larger than the nearest competitor, Certified Ethical Hacker (CEH), with only 8% of the objectives addressing vulnerability topics.

CompTIA emphasizes vulnerabilities because industry research shows that vulnerabilities don’t go away. Instead, they continue to increase as new software is released on the internet, new bugs are found and new attacks are created. In other words, the problem is expected to get worse before it gets better, so it needs to be emphasized.

The skills listed below are the CompTIA PenTest+ (PT0-002) exam objectives that support vulnerability skills as part of the overall penetration testing process.

These skills (and many more) are covered in the updated CompTIA PenTest+ (PT0-002) certification exam, scheduled to be released in late October 2021.

The CompTIA PenTest+ (PT0-002) exam objectives focus on pen testing and vulnerability assessment. The latest pen testing techniques and best practices are included for operating in multiple environments, including on premises, the cloud and hybrid networks. The objectives also include pen testing web apps, wireless systems, embedded systems and IoT devices in these environments.

To learn the pen testing automation skills you need to succeed, please download the CompTIA PenTest+ exam objectives, study hard and take the exam! The certification will help prove to employers that you have the latest skills to protect their organization from the next cyberattack.