Why Linux and DevOps Go Hand in Hand

Wednesday, April 17, 2019 | By Oliver Bailey
Linux has had a profound effect on DevOps. It has forced the rethinking of processes and procedures due to the combined scalability, portability and source code that is processor independent from a build, compile, test and deploy perspective. 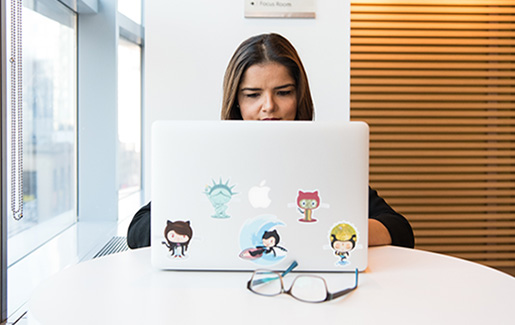 Linux has had a profound effect on DevOps. It has forced the rethinking of processes and procedures due to the combined scalability, portability and source code that is processor independent from a build, compile, test and deploy perspective. There are tremendous opportunities in a number of DevOps-related career pathways, and having a solid understanding of Linux will set you up for a successful DevOps career.

Linux has a number of niche markets that allow IT pros move into specialized areas both vertically and laterally. Careers in the internet of things (IoT), embedded, client-based and server-based Linux systems all benefit equally from a career path oriented around the objectives covered by CompTIA Linux+.

But when it comes to DevOps, a Linux career path can traverse the Linux system scalability and portability trees with ease. From small to big scale, small to big data, the traditional functions of DevOps allow IT pros to work in any of these areas or to easily move from one to another.

Because Linux development can be single or multi-architecture, the build and make processes handle single and cross-platform compile and test processes with little to no effort on behalf of the DevOps pro. Through Linux networking, the same processes can be used to patch or deploy almost any application to one or more processor architectures or to one or thousands of Linux servers, workstations or IoT devices just as easily.

This is due to how Linux handles development, testing and deployment consistently across all platforms, architectures and all sizes of Linux distributions with only slight differences than what are normally handled in the build processes.

Scalability and Portability Across Architectures

Unique to the Linux OS, this benefit is possible because the operating system, administration and development processes and procedures are truly scalable and portable thanks to its UNIX roots. This is because a Linux DevOps career path remains focused on portable, scaled development and is hardware and software agnostic.

This allows IT pros to focus on the processes and procedures rather than the operating system design, which is ideal and normally almost impossible to accomplish. It also allows for a range of both lateral and vertical career movement offering almost limitless opportunities in the workforce.

If a DevOps pro decides to move on to large-scale systems, like the IBM Z series Mainframes, working for large organizations can easily be the focus for an entire career. That same person could just as easily center their career around the cloud or a large commercial applications development house that focuses on Linux DevOps for virtual machine or container development across many processor architectures.

More Articles About Linux and Your IT Career

Mainframe or Server, Cloud, Virtualization or Containerization, Intel, ARM or MIPS. Mix and match from the above list, and the Linux DevOps career path fits anywhere in the matrix. In more than 40 years of hardware and software development, there has never been a case where these rules could ever be applied.

The key is that machine virtualization and full processor emulation are built into and managed by the Linux kernel – unique to commercial-grade operating systems. This allows for cross-platform development from one processor architecture to another. It also means complete development, debugging, testing and deployment for many application types can be done completely on the host system of an Intel- or ARM-based computer and built, tested and deployed to the target systems directly from the host cross-development system.

These very features add career doorways that simply have never existed before. The Linux DevOps career path touches every technical area of Linux OS like no other. The growth potential into areas like software developer is natural. But some new areas are emerging that are changing the face of Linux DevOps forever.

These new and exciting growth areas are in part due to the reorganizing of the systems development and systems programming processes that have evolved over the past several years. A few years ago, these processes were centralized under the systems group, a carryover from the days of traditional mainframes. And these new Linux DevOps opportunities are growing very quickly, providing secure career growth for years to come.

This is the new decentralized systems group of the 21st century – teams that include software engineers, systems architects, software infrastructure support and systems operations development and support. Linux DevOps specialists are members of these teams.

The processes and rules that have been a part of Linux DevOps are still there, but the Linux DevOps specialist now works within a team led by a systems engineer who both collaborates with and leads a team of skilled software developers working in a specialized area – applications for the server, desktop or cloud, device interface applications or specialized database or communications applications that are mission critical and require 100% uptime. This exciting new role allows Linux DevOps pros to work alongside software developers to develop incremental updates that morph an application from one generation to another with no system or application downtime.

These groups, like SRE groups, have a systems core engineer, and the same staff as SRE, but with the responsibility of maintaining the system uptime at 100% by developing and testing patches to the Linux system while it is running. These teams have a Linux DevOps specialist who is responsible for building, testing and deploying core Linux system components to maintain live updates, allowing 100% uptime of all systems and applications relating to these respective systems.

It’s an exciting time for Linux DevOps careers – and anyone who wishes to pursue a career in Linux. There are many careers paths that can be pursued with a CompTIA Linux+ certification and other certifications to round out your IT skills. These are just a few of the endless possibilities to explore and grow into Linux over a prosperous lifelong career.

Download the exam objectives to learn more about how CompTIA Linux+ covers the skills needed to use Linux throughout IT. After you complete the download form, scroll to the bottom of the list to get the objectives for the new CompTIA Linux+ (XK0-004).