Due to the impacts of COVID-19, CompTIA exam vouchers expiration dates have been extended. Exam takers concerned about test center closures will soon be able to take CompTIA exams from home. To learn more about voucher expiration extensions and online testing options click here.

IT Salaries: Where the Money’s At

Wednesday, February 5, 2020 | By David Engle
IT salaries increased to never-before-seen figures across the globe in 2019.

It’s no secret that there’s a very nice living to be made as an IT professional. Hard work, a thirst for knowledge, the drive for continuous improvement and inherent intelligence all play big roles in the success of IT pros. And while all those reasons are the primary drivers behind a satisfying IT career, there’s certainly nothing wrong with collecting a sizeable paycheck as a reward for all that hard work. And those already-impressive paydays are on the rise, based on Global Knowledge’s 2019 IT Skills and Salary Report. In fact, IT professionals’ salaries across the globe are higher than they’ve ever been.

Why Are IT Salaries on the Rise?

Job performance: the bottom line is, if you do your job well, you’re going to be rewarded. That’s a big reason why IT pros’ salaries, on average, increased $5,000 per year since 2018. Approximately 42% of respondents that received a raise correlate it primarily to job performance.

And the best way to do well at your job? Keep learning. Adding new skills to your repertoire (such as through IT training and certifications) can eventually lead to more responsibility, which generally translates to a salary increase.

Professional development is critical when it comes to advancing your career and maximizing your earnings. 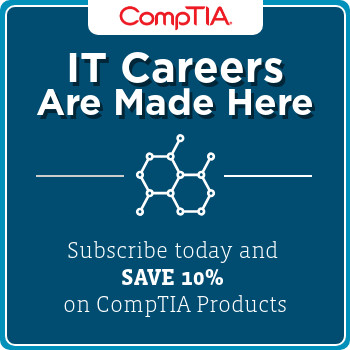 This is clear evidence that training, IT certifications and the desire to expand your knowledge base pay off. Literally.

A standard yearly raise is another major reason for the overall increase in average salary.

The conclusion to be drawn here is a very straightforward and logical one. Salary increases among IT professionals are directly tied to job performance. The harder IT staff work, the more training they receive, the more results they get, the better the company performs – it’s all tied together. And it’s paying off quite nicely for IT pros.

IT Salaries: Where the Money Is

So, where’s the place to be if you want to maximize your earning potential as an IT pro? According to the Global Knowledge report, that would be North America, where the average salaries for non-management IT staff, mid-level professionals, senior roles and executives rank the highest among all regions of the world.

Digging deeper into each role type shows that:

The overall global average annual salary for IT professionals was $89,732...the highest figure ever in the Global Knowledge IT Skills and Salary Report.

Broken down by region, the figures look like this:

Despite trailing the field in average annual salary, Latin America is trending in the right direction, reporting the highest global salary increase from 2018 at 6.5%. North America was close behind at 5.8%, followed by EMEA at 5.6% and Asia-Pacific at 5.2%.

Needless to say, if the lowest average salary increase was more than 5%, it’s safe to proclaim 2019 as a very successful year for IT professionals. And assuming the trajectory continues upward, 2020 is shaping up to be an even more lucrative year for the IT workforce.

Increase your salary with an IT certification. Learn about CompTIA certifications and download the exam objectives for free to get started.