What We Stand For

The Blockchain Advisory Council believes the adoption of cryptography and a distributed ledger system brings tremendous opportunity—and challenges. We are committed to building the strategies and resources necessary to help any business leverage blockchain to be more successful.

The council also collaborates with CompTIA’s other industry advisory councils to further study the IT channel, drones, business applications and internet of things. Together, we are working to:

How We’re Making an Impact

The Blockchain Council develops best practices, use cases and other resources that can be used by anyone developing, selling or influencing blockchain. We’re on the front lines evangelizing the technology that’s redefining the concept of currency, disrupting the entire financial industry and shaking up business applications.

Neeraj has over 21 years’ experience in setting up telecommunications companies in places like USA, New Zealand, Australia and Saudi Arabia. Neeraj is currently the CEO/CTO at Concordus Applications Inc. (www.concordusapps.com) where he is leading projects to automate the channel business processes and to get Concordus recognized as a disruptive innovator. This focus has led to the creation of Concordus Apps’ Digital Marketplace for Channel companies. Their next deliverable is a channel-focused, blockchain-based platform for Commissions, Loyalty and Payments.

Before joining Concordus Applications in 2016, Neeraj was founding member of 2degrees New Zealand (www.2degreesmobile.co.nz) and played a pivotal part in taking it from zero subscribers to serving nearly 25 percent of New Zealand mobile customers and a billion-dollar valuation in eight years.

Neeraj is a well-known speaker on the Technology events circuit and has given speeches at prestigious events like Channel Partners, Oracle Open World, WSO2Con etc. In recognizing Neeraj's contributions as a Thought Leader in Distributed computing and Blockchain.

On the personal front, Neeraj lives with his wife and two kids aged 10 and 9 in Austin, Texas. In his spare time, Neeraj likes to travel and explore new places with his family.

Jim Gitney is the CEO and Founder of Group50. He and the Group50 team are supply chain subject matter experts and fully understand the transformative implications of Blockchain and IoT. As a result, Group50 has launched two Blockchain products: Scioebc for supply chains and Blockchain Facilitated Placement for contract workers. He has over 30 years’ experience in world class companies such as GE, Black & Decker, Sunbeam and Rain Bird and is considered a business strategy expert. His background includes running large operations in multiple facilities both in the US and abroad. Jim’s strength is working with boards, business owners and executives to develop business plans and effectively implement strategies that are focused on alignment, growth, improving productivity, significantly reducing cost and getting big projects done on time and on budget, anywhere in the world.

During his career, Jim has had multiple C-level assignments and his experience includes Executive Chairman, Board Member, CEO, business development, marketing/sales and operations. Jim’s background covers various industries including consumer and industrial products, the internet, government, aerospace, healthcare, professional services and high-tech. His professional experience is complemented by a BSME from the University of Delaware and an MBA from Gannon University. 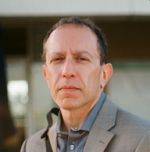 Adam Lesh is the VP, Technology for Breaker (formerly SingularDTV), a blockchain entertainment studio developing a media supply chain to empower independent artists (film, TV, music, eBooks and podcasts) to own, control and monetize their content. Prior to joining Breaker, Adam spent over 20 years in various technology positions in the entertainment industry and is bringing his expertise to bear in using blockchain technology to solve pain points for independent Artists and consumers. 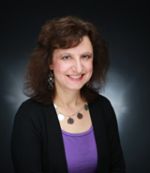 Deborah is the IBM Blockchain Ecosystem Marketing Leader focused on Blockchain-for-good and ecosystem development. She was recognized as a 2019 CRN Women of the Channel. She is a proud alumna of IBM Corporate Service Corps where she served as team leader consulting on a women's entrepreneurial school in Chile. Passionate about community service, she’s involved in many Corporate Sustainability & Responsibility projects. She expanded the IBM New Jersey MentorPlace Program for middle school students. She is on the Women@IBM NYC Planning Squad. Deborah developed the Emerging Leaders initiative to mentor and engage early career professionals. Former roles at IBM include Chief of Staff to the CMO for Industry Platform Marketing, and Global Program Director roles for Business Partner Strategy, Value Added Distributor marketing, and Digital Marketing delivering educational workshops globally. She developed and led the IBM Business Partner Innovation Center program launching 100 centers worldwide. Deborah earned a CompTIA advertising excellence award with her first IBM job, after starting her career as an advertising account manager for technology accounts. She’s active in her community serving on the Board of Directors and as past president for several non-profit organizations. Married with two children, she has a B.S. in marketing and music. 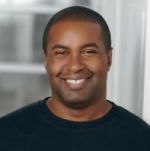 Eric Powell is the founder and CEO of Rylet Industries, an IT managed service provider based in San Antonio, Texas.

While in the US Air Force, Eric held several positions that allowed him to serve as an aviation instructor, scientist, and R&D researcher. It was here that Eric first learned about cybersecurity and cryptocurrency.

Since then, Eric has focused his career on promoting cybersecurity best practices to small-to-medium businesses while evangelizing the power of blockchain technologies.

As the founder of Kingsland University - School of Blockchain, John Souza has set the world- standard in emerging and disruptive technologies education space, successfully delivering global award-winning education programs to some of the world’s most respected companies, universities, government agencies and not-for-profits, amassing over 150,000 students worldwide. 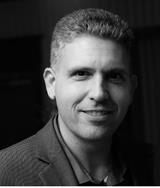 Jason is the Strategic Business Development lead for Cloud and Blockchain technologies at Equinix. In his role he works with the world’s leading cloud providers, to enable their technologies within the Equinix ecosystem. Jason’s intense interest in blockchain sparked with the introduction of IBM’s Hyperledger 1.0 where he realized the broad ramifications of the technology. Since then, he has engaged different blockchain solution providers, from start-ups to global cloud leaders, lowering the barriers to adoption and cementing Equinix as a key enabler within the space.
Jason has held previous roles in Product Development, Sales, Finance and Strategy with organization ranging from Wall Street to the Telecom Industry. He holds a BS from James Madison University, an MBA from The George Washington University and has completed Oxford’s Blockchain Strategy Program through the Saïd School of Business.

George Mastoris has been a lawyer since 2003, when he graduated from Columbia Law School.  He is currently a litigation partner with Winston & Strawn LLP, where he has represented both plaintiffs and defendants in a host of antitrust, intellectual property, white collar and general commercial disputes, including a number of high-profile litigations and criminal defenses.  George has recently begun working with a number of companies operating in the Blockchain space on both litigation and regulatory matters, and is as excited about the promise of distributed ledger technology as he is concerned about its potential over-regulation.  In his free time, George likes to bike, ski, travel, karaoke and occasionally moonlight as a hip hop/rock and roll violinist.  He has an A.B. from Princeton University and recently obtained a masters in international public policy from Johns Hopkins SAIS.

Greg is an experienced executive with over 12 years of driving value through innovation.  He has built several companies that identified early innovations ranging from digital music, digital marketing and now blockchain.  His cross-discipline expertise, entrepreneurial mindset, management experience and knack for networking have made him an impact player.

Industry Advisory Councils appoint the industry’s most successful and innovative leaders to debate and prioritize issues and challenges that impact the broader technology ecosystem. create a wide variety of resources accessible to the larger tech ecosystem.