Staying Relevant: Job Skills You’ll Need by 2020 and Beyond

Friday, December 15, 2017 | By James Stanger
In the 1800s, landowners evicted residents on the Isle of Skye because they could make more money raising sheep than renting out the land. Having the right balance of skills can help you stay relevant so your job does not go the way of the Isle of Skye. 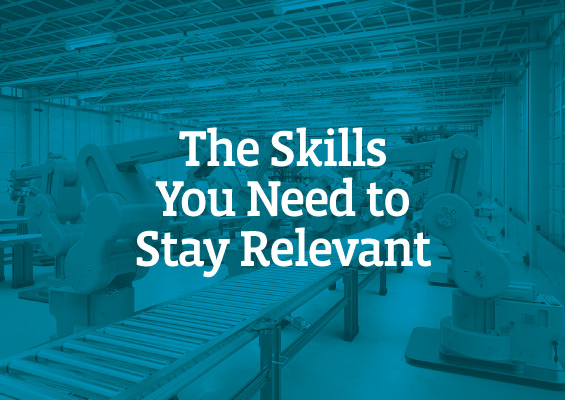 Over the past year or so, I’ve met with industry leaders around the world and asked them about the skills they need in their workforce. Through those conversations, I’ve identified the following as some of the key job roles companies require as they transform their businesses and processes for the future:

Quite the list, eh? ZDNet has a longer list in an article where they interviewed me and a few other folks about future jobs. As important as the above job roles are to your future, consider this: we’re now living in a world where artificial intelligence (AI) agents will be helping us resolve issues. In some cases, though, AI just might be replacing certain IT jobs and workers. This begs a pretty pesky little question: Will AI replace me, or the jobs listed above?

The answer is, well, possibly. Not very reassuring, is it? But don’t worry – the same folks that told me about the job roles also gave me some perspectives on essential workforce skills.

For example; Imagine if you were able to travel back in time and meet a blacksmith in 1900. That was a very, common important and well-defined job back then. But with the advent of the automobile, this role has become less important today. What would you tell this person? That they will be out of a job in a few years? Well, maybe. Or, you’d say that they will likely be able to easily transition to becoming a mechanic. The folks I’ve talked to around the world think the same logic applies to AI and IT jobs: as some jobs disappear or are automated, others will be created. Let me explain.

Last month, I had the opportunity to walk a place in Scotland called the Quiraing. It’s a dramatic landscape on the Isle of Skye that includes crags such as the Needle, and groups of rocks called the Prison.

Approaching the ascent trail to the Needle at the Quiraing, on the Isle of Skye

The Prison, at the Isle of Skye’s Quiraing

As cool as that place was, I was especially inspired to think about today’s IT workforce by another walk I took. This time, I walked to one of the seven cleared villages on the Isle of Skye named Boreraig.

No one has lived in this village (or any of the six others) since the mid to late 19th century. Why? Because starting around 1800, Skye’s landlords realized that they could make more money simply raising sheep on the land, rather than renting out the land to the village residents. The result was that these villages – which had hosted residents and families for literally thousands of years – were permanently and forcibly emptied. Sometimes the landlords just trebled the rents. Other times, hired men arrived to drive people out.

Most of the villagers left the Isle of Skye for Edinburgh or London. Some left Scotland altogether, for destinations as diverse as New Zealand and the United States. As I walked this village, I had the chance to think about the changes in politics, economics and even climate that brought about the clearings.

One of the now-ruinous homes in the village of Boreraig

Then I considered the shifts that are occurring today:

How to Stay Relevant in Light of Automation

As an IT pro, I’ve often asked myself if I’ve kept up my skillset to keep up with the disruptions of digital transformation and modern life.

Thinking about the following as it relates to your job might help you identify if you’re at risk:

I’m confident that if you ask yourself these questions, then you’ll continue to build your skills and avoid being pushed out of the workforce.

Ramp up your skills with CompTIA CertMaster.