6 Seldom-discussed Tips for Working in the Tech Industry

Monday, February 22, 2021 | By Jason W. Eckert
These six tips are rarely discussed online, but are essential as you build integrity and earn respect from your peers in the technology industry. 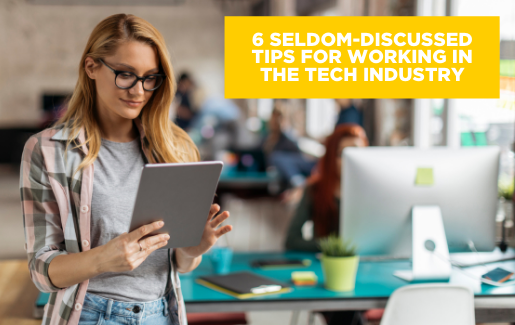 There are plenty of articles that give sage advice for anyone working in the tech industry. However, most of them focus on the same topics: Time management, resourcefulness, continuous learning, verbal and written communication skills, caffeine consumption and so on.

In this article, I’ll discuss six tech industry tips that are rarely discussed online but are equally (if not more) important to an IT career from my experience over the past three decades in the technology industry.

Often disguised as innovation for buy-in, all change has the potential to alienate people and cause problems. In order to mitigate the chance of this happening, focus on user experience (often called UX) when making decisions, instead of other factors that satisfy one or a few other people or processes within your organization.

Secondly, attack your change ideas and approach from every angle. When you find a fault, don’t just ditch the idea or approach – try to find a solution. Around 90% of the time this isn’t possible and you just have to ditch it, but examining other solutions builds vital analytical skills that are transferable to other problems.

For example, say that you learned that a software app that you currently run on the desktops in your organization has a cloud equivalent that costs a few dollars a month for each user and doesn’t require that you maintain a back end server at your location. Instead, users simply log into an online website portal to do their work.

It makes sense from an IT and cost perspective to move to this cloud app – after all, the cost is relatively low and there is no need to support the local app or the associated back end server and related storage.

However, moving to this cloud app could be disastrous if you overlook possible problems – for example:

Any of these problems could prevent the organization from migrating some or all users to the cloud version of the app. Consequently, you would need to work with others within the organization to see if there are solutions or workarounds for each scenario before proposing the migration.

It’s also wise to garnish feedback from key users within the organization to identify other problems and needs (a process is called user acceptance testing). Furthermore, if you decide to migrate to the cloud version of the app, it’s equally important to train users prior to the migration, as well as retain the previous system for a period of time afterward in case you need to revert to it, should an unforeseen problem arise.

While it has traditionally been discouraged within corporate culture, taking responsibility for failure builds trust and respect with those people who matter. If these people don’t exist in the organization, you should probably switch organizations!

For example, if the cloud migration described in the previous situation failed because of a technical oversight or failure to complete user acceptance testing, you should identify and take responsibility for it as quickly as possible.

This can be done via an email or meeting that:

The following quote is one of my favorites from the famous philanthropist and co-founder of Microsoft, Bill Gates:

"It's fine to celebrate success, but it is more important to heed the lessons of failure."

Failed projects/tasks are an opportunity for learning and growth. Before moving on, spend a large amount of time analyzing the timeline of events from a failed project or task and identifying the root causes of failure at each part.

To do this, you must first collect project schedules, personal notes, proposals and other documentation related to the project or task. Then extract the key parts in order to build a visual diagram of what happened during the project and identify the mistakes evident at each part.

Personal bias is often a major contributor to failure because we tend to be optimistic that something will succeed even if there are red flags indicating otherwise.

To identify bias in your visual diagram, ask yourself questions like these:

Think about mistakes you’ve identified for a few days, and discuss them with others to get their perspective. Once you are satisfied that you understand exactly why a particular project or task failed, you’re far less likely to make the same mistakes in the future.

4. Know and Stick to Your Core Values

Values are a key personal trait, and it’s important to be aware of your own. Spend some time thinking about your core values on a periodic basis (because they can change over time as you grow). Identifying your values is often easier if you start by identifying your mentors. Mentors are people whose opinions you value – they could be coworkers, managers, friends, family members, teachers and so on.

Some sample core values include:

Once you’ve identified your core values, stick to them. Don’t be afraid to let others know that you’re not willing to do something because it goes against a particular core value that you hold. This builds integrity and respect with others (and with yourself). Knowing other people’s values is equally important and will allow you to work together in a productive and respectful way.

5. Don’t Accept Constructive Criticism From Everyone

Constructive criticism is the process of giving someone specific, actionable suggestions. It is meant to be helpful and is often necessary. It is also important for personal growth as it can identify weaknesses and provide good suggestions for improvement.

Reject criticism from all others, letting the person know why (lack of subject matter knowledge, misdirected, etc.). How you reject criticism will be tailored to the specific situation, but should remain civil and respectful.

Here's an example of how to respectfully reject criticism:

Critic (John): “I noticed that you kept these systems online after the migration. You could have saved a lot of time and human resources in your project by decommissioning them during the process.”

You: “Thank you for your feedback, John. However, there are important reasons why we kept those systems online during the process that you were not made aware of.”

Your physical health is closely tied to your mental health. The tech industry can be stressful at times, and this often translates to less physical exercise and poor eating habits.

Many of us who work in technical fields often settle for junk food due to convenience. When consumed in excess, junk food can upset your metabolism and cause a wide variety of physical and mental issues. It is important to listen to the energy needs of your body during work periods and provide it healthy nourishment when needed. This can be as simple as keeping some healthy food and drink options with you at all times, or by saying “no” to meetings that would force you to skip a lunch break.

When used alongside a healthy diet, exercise can dramatically decrease your stress levels, as well improve cognition, productivity and happiness. Regular workouts, morning runs or taking long walks during a lunch break or downtime are easy ways to fit in some exercise during your day.

We often discuss the importance of striking a balance between hard skills and professional skills in the technology industry. Both are necessary to be successful. But tips like maintaining your core values, knowing how to react to criticism and owning up to your mistakes may be even more valuable as they build integrity and warrant respect.