Is Technology Overrated? Yes, if Focus Isn't on Customer First

Thursday, November 14, 2019 | By CJ Arlotta
Tony Francisco, CEO of CloudPlus, says technology is a tool to automate what’s being done manually. The real focus should be enhancing the end-user experience. 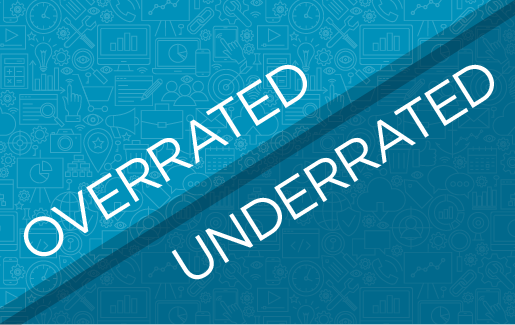 Overrated/Underrated is a monthly column featuring CompTIA members and experts sharing which tech trends are getting more buzz than they might deserve and which ones aren't getting enough. This month, we talked to Tony Francisco, CEO of CloudPlus, a private-labeled hosted-services platform developed entirely around the end-user experience.

The concept of technology itself can sometimes be overwhelming and misleading—especially if it adds nothing of real value. Tony Francisco, CEO of CloudPlus and member of CompTIA’s Channel Advisory Board, believes technology is simply a tool to automate what’s being done manually, and the real focus should be on how the channel enhances the end-user experience.

Why is technology overrated?

Tony Francisco: It happens naturally. Marketing creates a hyped-up translation of the vision of what the product, service or widget can do, and that evolves into hyperbole. It becomes a vacuum to where everybody starts believing that this is a fundamental change, when in fact it is nothing more than reshuffling the same ingredients. I think that has led to people believing that IT is generally an overrated rumor of what it used to be, which was a true fundamental evolution and an improvement in their life and lifestyle.

TF: My explanation for it, from what I understand, is that technology is a tool, and it should do nothing other than automate what you were doing manually, so the question is “What are you doing manually?" Automation and scalability are absolutely tied together. You cannot have one without the other. In theory, you can automate something to be infinitely scalable, so what you should be looking at is what you’re doing manually, and the changes needed to automate that process. Then determine: Is the juice worth the squeeze?

Why should technology be more about solving business problems?

TF: I don't believe that heroes are born. I think they were cornered. It’s the individuals that are cornered that have the rationale to go back to their indexed catalogue of experiences and knowledge, and realize which tool — because technology is a tool — can be put in place to solve a problem at a particular time.

When a problem is solved, people tend to look at the technology as the hero. When the reality it was the humans that realized they had a problem, such as a manual process that needed to be automated. They understood the tool that need to be implemented to overcome that problem. They could visualize a path to resolution with that piece of technology as a critical component of it.

I think that people tend to look at technology now as the visual representation of the hero, as opposed to the person that could visualize the path to resolution and the tools needed. Technology is almost its own hyperbole, and it tends to steal the spotlight as the hero or the thing that solved the problem. It wasn't the thing that solved the problem. It was the person that envisioned the problem holistically, could architect a solution for it, and that particular piece of technology was a component in the solution. I think that's a roundabout way of saying that we're looking at the wrong things. We should be looking at how people solve problems using technology.

How do companies ensure they’re focused on the end-user customer experience?

TF: The reality is that in the MSP world, all that you're going to hear about are vendors, distributors and MSPs. Very, very rarely are you going to hear about a thought-out customer experience, and never, ever will you hear about the end-user. An example of that is: How often do vendors that have a channel-only play and provide customer facing documentation? Never — or rarely. They're going to provide MSP-facing documentation, and then, that must be translated by the MSP to the customer. That hurts the customer experience.

The irony behind that story is that the end-user is what dictates what enterprises and companies will move forward with. It's the same reason that Outlook took over the market. In the days of old, software used to be sold. In today's world, it is now purchased — just through a click of a button on your phone you can purchase a world class email or data backup system, and it’s fascinating to me that the end-user is rarely addressed.

Connect with Tony and send him a message on LinkedIn.

Interested in learning about solving business problems with emerging technologies? You can join Tony and hundreds of other like-minded industry professionals on CompTIA's Emerging Technology Community.