Monday, February 11, 2019 | By Charlie Schoenthaler
When FCC Commissioner Brendan Carr took the stage at CompTIA’s DC Fly-in, Capitol Hill Speakers Series, to talk about 5G and the future of the cellular network, he started with the past.

When FCC Commissioner Brendan Carr took the stage at CompTIA’s DC Fly-in, Capitol Hill Speakers Series, to talk about 5G and the future of the cellular network, he started with the past. 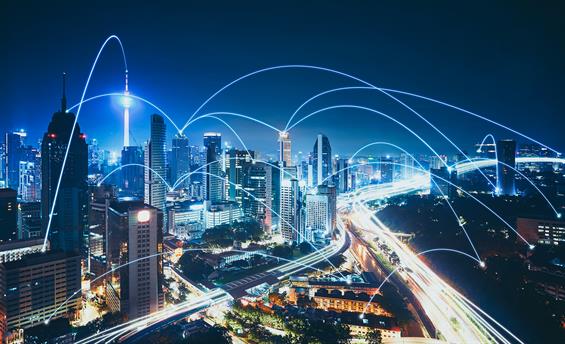 Ten years ago, splitting the check at dinner was a needlessly complicated exchange of bills, coins, and IOUs. A night out meant planning transportation options in advance. A decade ago, our nation’s wireless infrastructure couldn’t support apps like Venmo, Lyft, Uber and Airbnb that we rely on every day.

On the 3G wireless network of the late 1990s, loading a web page or a video could take minutes. It was only with 4G in 2008, the updated mobile network, that so many of the apps we rely on today became possible.

The shift from 3G to 4G set the foundation for apps and devices that changed the way we interact with each other and with technology. The shift from 4G to 5G will be even more pronounced. Talking about 5G and its potential, Carr highlighted several key themes.

The 5G network’s increased speed and capacity will enable the development and spread of technologies such as autonomous vehicles, virtual reality, artificial intelligence, and more. These emerging technologies must process and transmit massive quantities of data in real time, something only possible with 5G. Experts forecast that the growth in emerging technologies will create thousands of new job opportunities and fundamentally transform almost every industry.

5G Is a Geopolitical Issue

The United States was the first country to deploy and adopt 4G wireless, allowing it to reap numerous economic benefits and become the global leader in technology. Competing against the US for dominance in the next generation of wireless is China, which despite infrastructure challenges, is establishing 360 cell sites a day – 12 times faster than in the US. The race to establish 5G is not just technological – it is a race that will determine which country will have political and economic dominance in the years to come.

The Importance of Pro-Innovation Policies

To streamline the deployment of 5G’s small-cell infrastructure, the FCC has been freeing up spectrum and updating regulations to make them more accommodating to 5G. In November 2018, the FCC made spectrum in the 24 and 28 GHz bands available for private companies and is scheduled to auction off another 24 gigahertz of spectrum in March. The FCC has also been changing existing infrastructure policies that only include provisions for tall, antiquated cell towers rather than the small cell towers needed for 5G. Updating such regulations will allow 5G infrastructure to be deployed more rapidly in urban and rural areas alike.

In addition to faster downloads on your smartphone, 5G will bring high-speed Internet service into the home a hundred times faster than 4G and at minimal costs. Already, Internet Service Providers are offering 5G home Internet options, and the federal government is adopting policies to ensure that rural areas are not excluded from the opportunities provided by 5G networks.

5G holds tremendous promise to provide opportunities to revolutionize education, business, healthcare, agriculture and waves of innovation that have not even been imagined. However, it will require both thoughtful and aggressive policies at the federal and state levels.

CompTIA is working with industry and government to support policies that promote broadband adoption and delivery in both rural and urban communities. Spectrum is the highway that will deliver 5G to the masses. CompTIA is focused on advocating for more spectrum to be available for licensed, lightly licensed and unlicensed use to support 5G and rural broadband.

To get involved with CompTIA’s efforts on on 5G, contact Michele Weatherly at PSAmembership@comptia.org